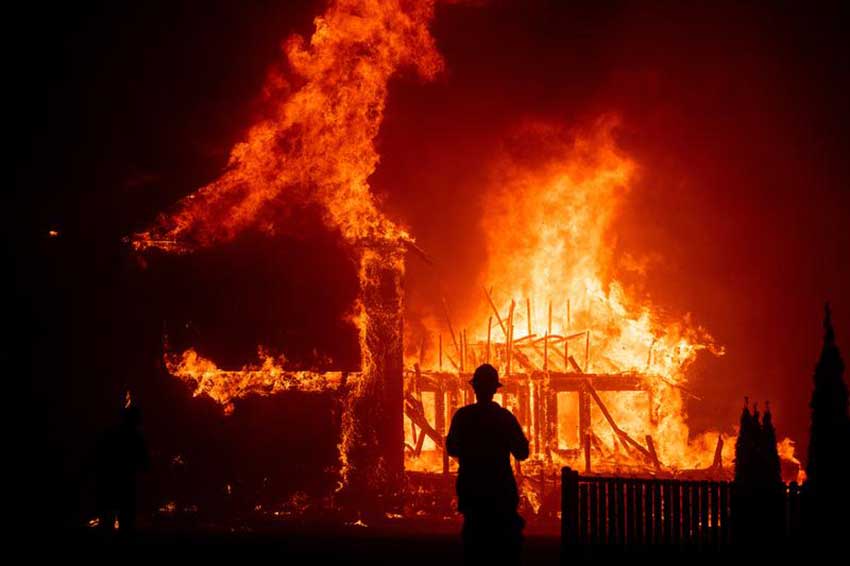 Ron Howard chronicles Paradise, CA resident's recovery after the devastating fires in late 2018 in REBUILDING PARADISE. The new documentary follows families and individuals on their long road to healing both emotionally and financially over the course of a year following the devastation. The film is currently playing in movie theaters, and will air this Fall on the National Geographic channel.

On November 8, 2018, a massive firestorm erupted after a spark from a transmission line owned by PG&E in Northern California, fueled by dry conditions from climate change set the 141-year-old town of Paradise, CA into an inferno. The tragedy killed 85 people, displaced 50,000 residents and destroyed 95 percent of the forest referred to as Camp Fire. It was called the deadliest U.S. fire in 100 years, and the worst ever in California.

REBUILDING PARADISE starts out with eerie footage shot by the residents of Paradise, CA as they are being engulfed by flames and embers. Hospitals, schools and homes are ablaze. It's a sunny morning, but the amount of smoke and blaze caused the skies to blacken like a moonless night. You may recognize some of the footage seen on the news and social media. 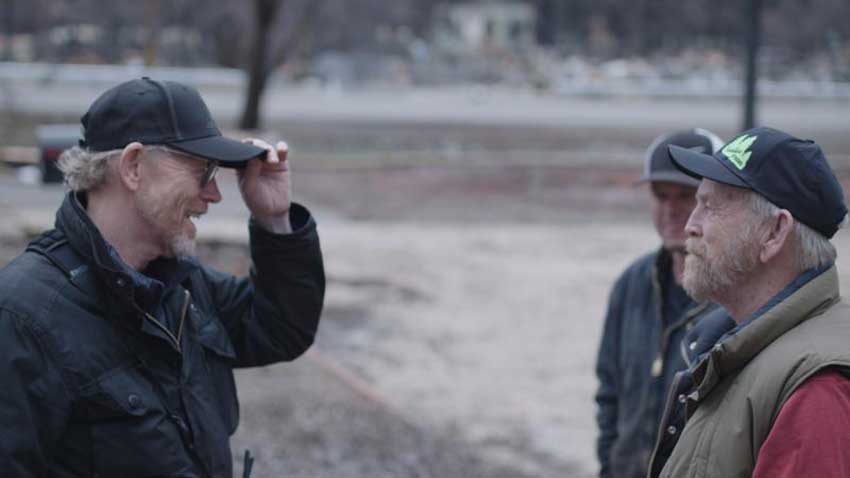 REBUILDING PARADISE follows school superintendent Michelle John, the town's former mayor Steve "Woody" Culleton, two families and a police officer and his family as the navigate not only through grief and loss but a financial crisis, water poisoning, and the ineptness of FEMA and lack of a response and solutions from the federal and local governments.

At the National Geographic Television Critics Association (TCA) panel held virtually recently, Ron Howard revealed he was so moved by the footage he witnessed on the news from residents of Paradise escaping the 2018 devastating fires, he visited the town 10 days later. The utter devastation of the Northern California town took his breath away. In talking to the residents, he realized how cathartic it was for them to talk about their ordeal.

"I was like everybody else witnessing this on television, says Howard. "But when I did go – just, I don’t know, maybe a week, 10 days later – I've never experienced anything like what I witnessed there on the ground. Being surrounded by that level of destruction really does take your breath away, and words, they don’t suffice. And then conversations with the people who've just recently been through it are sobering and uncomfortable in the extreme. But one of the things that I found is that many people did want the catharsis of talking about it."

Hence he decided to document the town's recovery through individuals and families displaced by the tragedy. The Oscar-winning director left a crew to document the recovery phase with the Paradise residents for a year. It wasn't an easy comeback.

Howard calls REBUILDING PARADISE a "vérité documentary" which he has never done before.

"This is my first vérité documentary. So, previously I've done documentaries, and certainly you discover aspects of the story that you didn't know about before, but essentially, you know more or less where you're going. It's a little closer to doing a scripted film, which you're gonna control, and stage, and rewrite, and re-edit and manipulate. Even if it's based on real events, you're building it very, very differently. With this one, I wanted to make a vérité documentary, but I wanted to find a subject that was more personal to me somehow."

The individual stories are both heartbreaking, inspiring and frustrating. Many of the families leave town while others set out to rebuild their homes, but there are many obstacles in the way, mainly from the federal and local government. For example, removing the charred debris falls on the residents. FEMA provides short term assistance, but they are long gone when they're really needed. The town water is contaminated, the schools burned down and the local government council is not financially sound to invest in rebuilding of Paradise, CA.

The cameras captured the residents anger when it was determined PG&E's equipment sparked the blaze. Residents are livid when a representative holds a town meeting. Just recently in December 2019, the company settled for $13.5 billion with the town. The documentary doesn't directly address whether residents were happy with that settlement, or how it went to rebuilding homes and the community.

Erin Brockovich, the environmental activist and legal advocate whose life was made into a movie, makes an appearance in Ron Howard's documentary. Brockovich and her legal firm sued PG&E for poisoning the water in Hinkley, CA and won in 1993. That story was adapted for the big screen in ERIN BROKOVICH with Julia Roberts playing Brockovich. 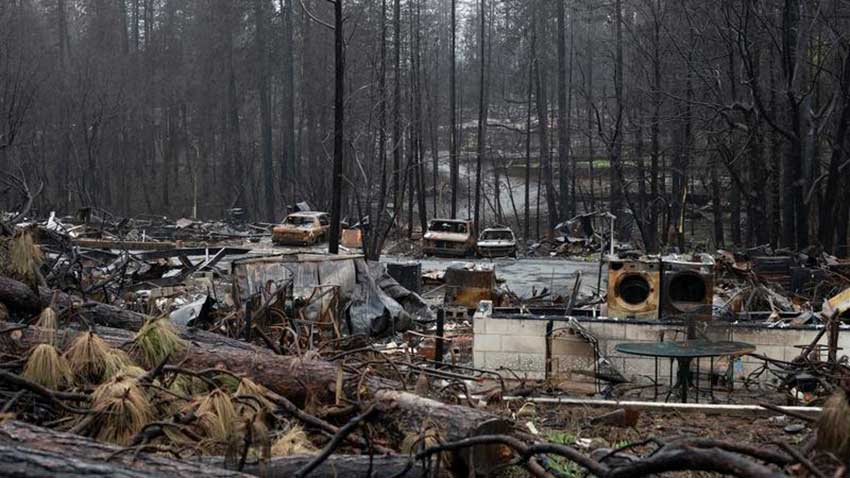 REBUILDING PARADISE doesn't address how many animals died in the inferno. Producers Xan Parker, Sara Bernstein and Howard stated they wanted to focus on the human recovery rather than depressing statistics of the four-legged inhabitants. However, Howard does drive home the impact of climate change and how human encroachment is the leading cause of natural disasters such as the Paradise fire.

REBUILDING PARADISE is a compelling documentary that leaves you wondering how you would recovery from such a loss. It's a stark reminder that most of us quickly forget about a tragedy once the news vans leave, but the struggle continues for those affected. Howard's documentary shows the