Review: Steven Soderbergh's 'Let Them All Talk' Does Just That 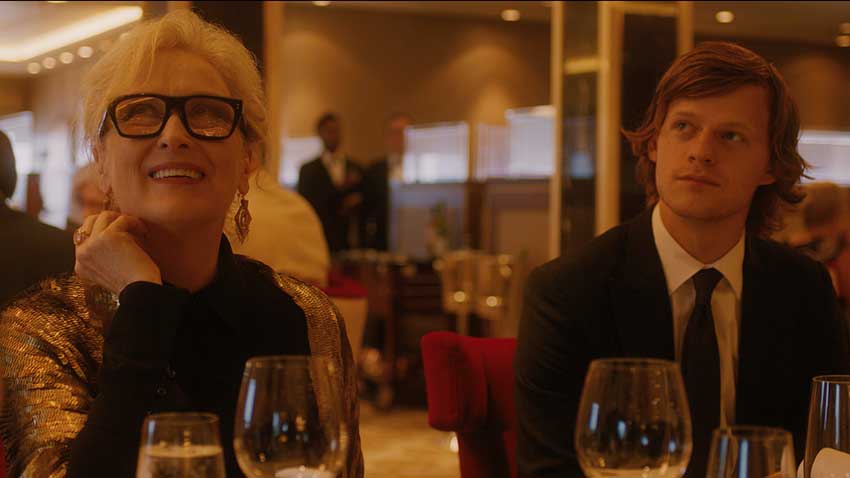 LET THEM ALL TALK features a phenomenal cast with Meryl Streep, Lucas Hedges, Dianne Wiest, Candice Bergen and Gemma Chan starring. Steven Soderbergh's latest flick for HBO MAX is a lot of talk and little action. The characters talk circles around each other with no progression in the story. It's a missed opportunity to see Streep, Wiest and Bergen exude girl power. Instead we get an awkward and tepid relationship that's uncomfortable to watch which might be Soderbergh's intent in his latest experimental project.

LET THEM ALL TALK centers around celebrated author Alice Hughes (Streep) who's under pressure from her literary agent (Chan) to write a sequel to her best-selling novel. She's being honored with a literary award in England but instead of flying she takes a cruise across the pond and invites estranged college friends (Bergen, Wiest) for the adventure. Gemma Chan's agent character secretly boards the ship to keep tabs on the author, and recruits Alice's nephew (Hedges) to give her updates on what exactly she's writing hoping the best-selling author will write a sequel to her best-selling novel.

When you have an iconic cast like Meryl Streep, Dianne Wiest, Candice Bergen, you expect an exciting escapade. However the three college friends never connect because of some bad blood. Bergen's character believes Alice's main character in her best seller was based on her life and hence predetermined her uneventful existence. She came on the trip seeking retribution and acknowledgement from Alice. 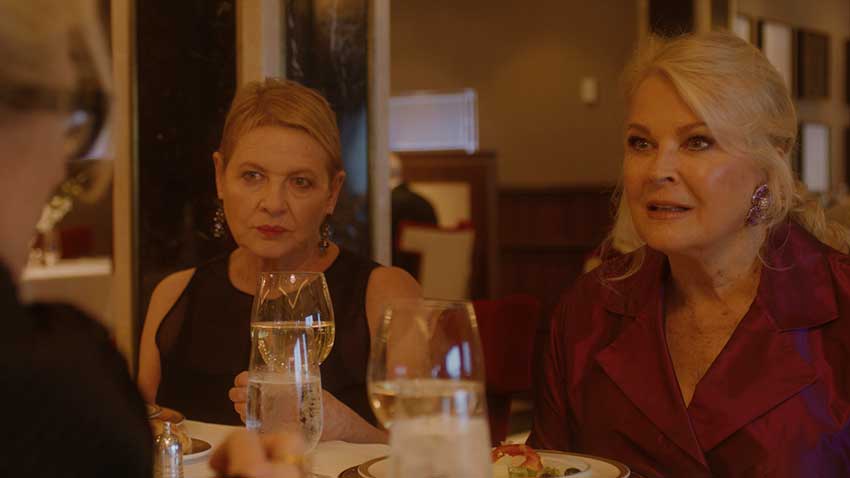 Alice's priorities are not her friends rather she's focusing on her book but she's contending with writer's block. They each go their separate ways during the cruise so there's little interaction between the trio.

Lucas Hedges bonds with Gemma Chan as they keep each other company during the cruise. They become the focus of the film as the women do their own thing or talk about each other behind each other's back. They don't confront one another until the very end in an unusual manner. It's very polite and uncomfortable. While it may have been Soderbergh's intention to present this trio's friendship in a realistic way, on screen it seems to go nowhere.

The progression of the story is very random and there's no build up. Written by Deborah Eisenberg, the dialogue seems off the cuff like a serious version of Larry David's "Curb Your Enthusiasm."

There was no cruise ship sets in LET THEM ALL TALK. The cast actually took a cruise on Cunard’s Queen Mary 2 from New York to England in August 2019. Soderbergh takes full advantage of the magnificent location with easy setups and natural lighting.

The score is interesting in LET THEM ALL TALK. There is no score during the cruise portion of the movie. Instead Soderbergh lets the natural sounds of the environment take over which becomes more apparent when the women are together. The ladies' awkward pauses when talking to each other is even more evident with no underlying mood music. These former close friends are now strangers to each other, and the artistic choices here adds to that uncomfortableness.

Soderbergh's latest feels like more of an experiment and some viewers may find it boring, but at least the performances don't disappoint especially Candice Bergen whose character doesn't mince words.

LET THEM ALL TALK starts streaming December 10 on HBO MAX.