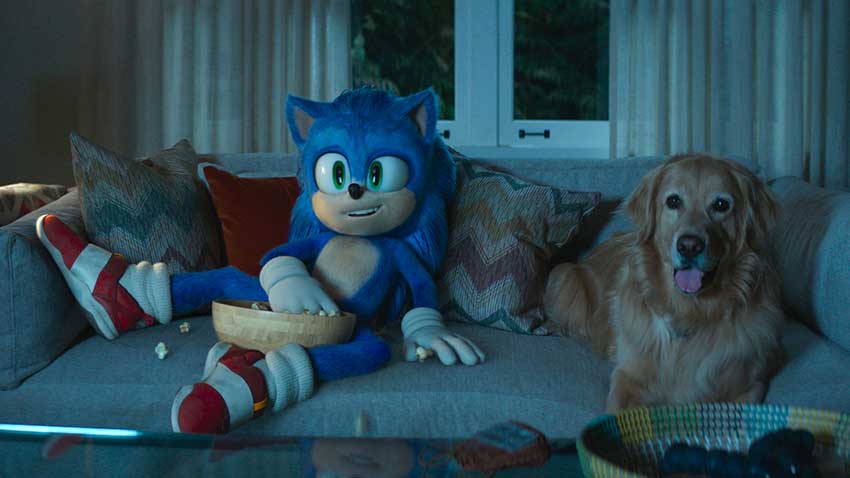 Sonic the Hedgehog returns to delight families in SONIC THE HEDGEHOG 2. It’s more of the same but a little less humorous with a more kid-friendly vibe.

Dr. Robotnik returns to Earth with a new partner, Knuckles the Echidna. Sonic also partners up with a fan favorite Tails (Colleen O’Shaughnessey) to stop the mad doctor and his new ally from finding an all-powerful gem before they do.

Ben Schwartz returns to voice the Sega video game character and he is as endearing as ever as the blue hedgehog. James Marsden and Tika Sumpter reprise their roles too as Sonic’s human parents. Jim Carrey and his sidekick Agent Stone (Lee Mahjoub) also re-join the fun.

Believe it or not, Carrey’s Dr. Robotnik is much tamer in the second outing. Albeit, he's still entertaining to watch but there are fewer laugh-out-moments like the original. The dynamic between Agent Stone and Robotnik is not there this time around either since it was played out in the first round.

Tails is a welcome addition and contributes to the cuteness factor. Knuckles, voiced by Idris Elba, is an angry little creature. The anticipated matchup between Sonic and Knuckles is underwhelming and their eventual fate is laid out early on. 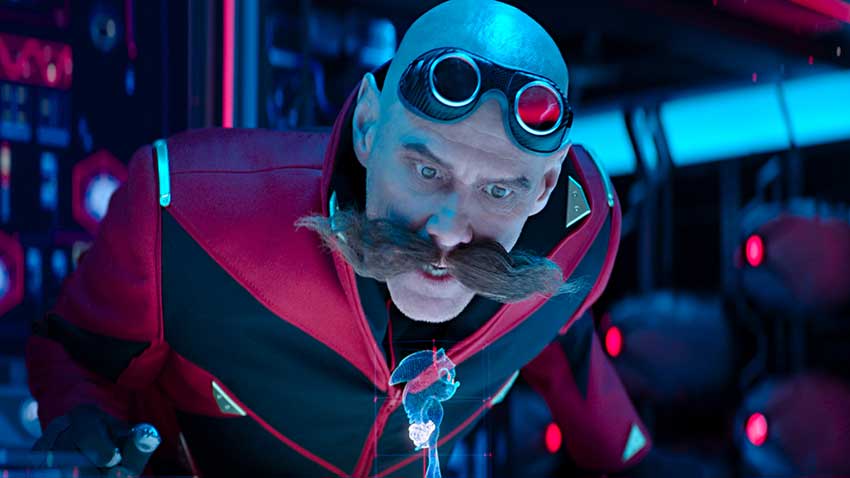 As far as the plot, the treasure hunt adventure is unoriginal. The characters look for clues on a map and you know the rest. The result is a slow-paced story that’s predictable.

Part of the charm of the first movie is Sonic and Tom a.k.a. Donut Lord‘s relationship. Here it takes a backseat with Tails filling in that emotional crux. Marsden is also sidelined by his wife Maddie who becomes more active in the action department. The actress, Tika Sumpter revealed to CineMovie that she specifically requested from Director Jeff Fowler that her character in the sequel contribute more in terms of action. It works but it would’ve been nice to see more of Marsden.

Despite the predictable nature of the sequel, SONIC THE HEDGEHOG 2 is just as charming, endearing and full of heart. Like the original movie, the follow-up has an innocent quality that is joyful.

The post-credit scene comes early and sets up the next installment. The reveal prompted a few guests from the audience to gasp when a certain something came on screen.