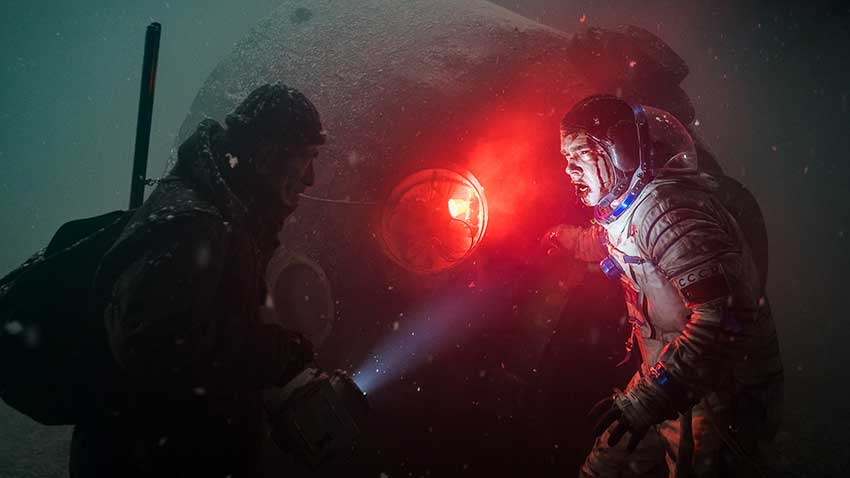 At first glance, SPUTNIK's premise appears to rip off ALIEN but the Russian sci-fi only borrows that concept and elevates into something more original. Don't come looking for an action-filled movie, however, it will have you on the edge of your seat.

SPUTNIK opens with two cosmonauts preparing to enter Earth's atmosphere when a mysterious object appears. Cut to the pod crash landing back to Earth. Only one of the cosmonauts Konstantin Sergeyevich (Pyotr Fyodorov, THE DARKEST HOUR) survives but he did not return alone.

Doctor Tatiana Yurievna (Oksana Akinshina, LILYA 4-EVER) is on the verge of losing her medical license after a controversial treatment cured a teen patient but almost drowned him. A military officer approves of her style and recruits her to assess a mysterious case at a secure science research facility.

While SPUTNIK is nothing like Ridley Scott's ALIEN, the film's lead is a highly-intelligent, no nonsense woman like Ridley. Doctor Tatiana Yurievna goes about her conclusions using real science which makes the film much more interesting. A piece of dialogue hints at who we are dealing with. "Orders are not effective for highly intelligent people," says officer Semiradov, the head of the institute. That's our first clue Doctor Yurievna will not comply. 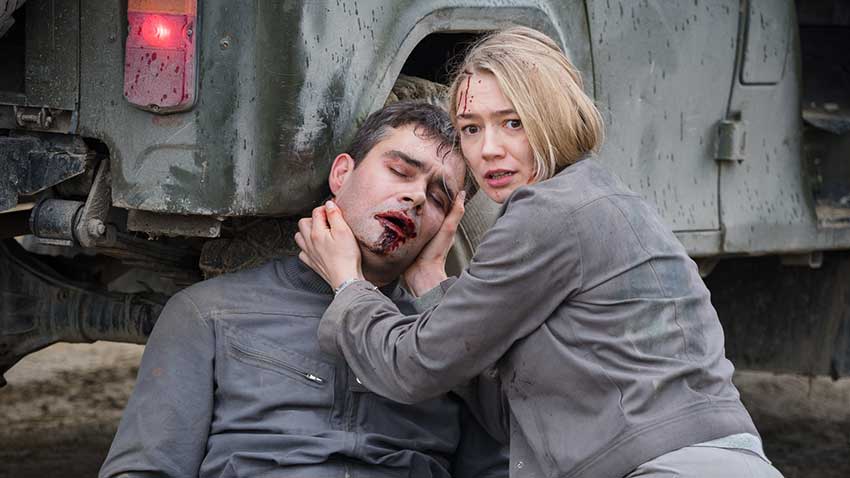 The viewer learns more about this alien organism as she discovers it, and she's fearless in the face of danger, not in a bad ass way but more so for the sake of science. She becomes desperate in finding answers in separating the alien from Konstantin before it kills him or the military does it first.

In actuality, SPUTNIK has more in common with Sony Picture's VENOM starring Tom Hardy. As we learn about the organism and how it survives, it'll definitely remind viewers of the principles behind a symbiote from VENOM. The plot, however, is nothing like the aforementioned films, and will surprise you at every turn.

SPUTNIK delves into deeper themes as well. Everyone refers to the cosmonaut as the "hero" but the term means something different to each character, and they each start to question their responsibility in light of the term.

There are familiar sci-fi tropes like weaponizing the organism for the military, but there is no large corporation behind it like in so many sci-fi films.

The acting is riveting from the cast especially Oksana Akinshina who plays it perfect as the cold but effective scientist looking for answers.

The film is directed by first-time Russian filmmaker Egor Abramenko, an impressive debut with slick visuals, intensity and great monster visual effects. The design of the monster looks familiar with some Venom-like teeth and cobra head, but the CGI is nearly perfect. The movie is based on his short film, THE PASSENGER.

Ironically the film's title is the name of Russia's first satellite which launched into space on October 1957. The Russian accomplishment was seen as a dangerous set back for America. The film is set in the height of the cold war, but the title suggest that fear is in what could be brought back from space, not what goes out.

SPUTNIK is an engrossing and intense film that's a welcome relief from all the garbage being dumped amid the COVID-19 pandemic.