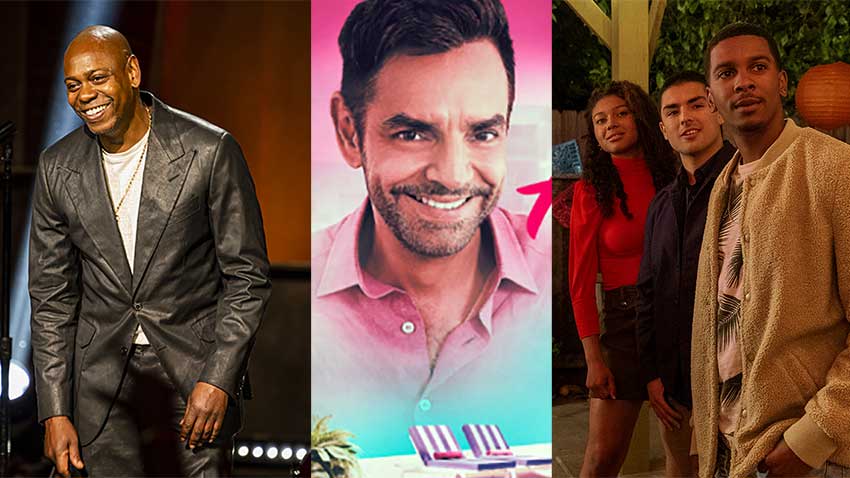 For this week's HCA What to Stream podcast, Jana and I discuss our streaming picks which include Eugenio Derbez's new Apple TV+ bilingual comedy series, Acapulco, Dave Chappelle's new Netflix special, The Closer,On My Block's fourth and final season and two other series picks.

WhatToStream? is a weekly show hosted by Lupe Rodriguez Haas and Jana Nagase sharing weekly recommendations about what shows, documentaries, or movies you should be checking out on various streaming platforms.