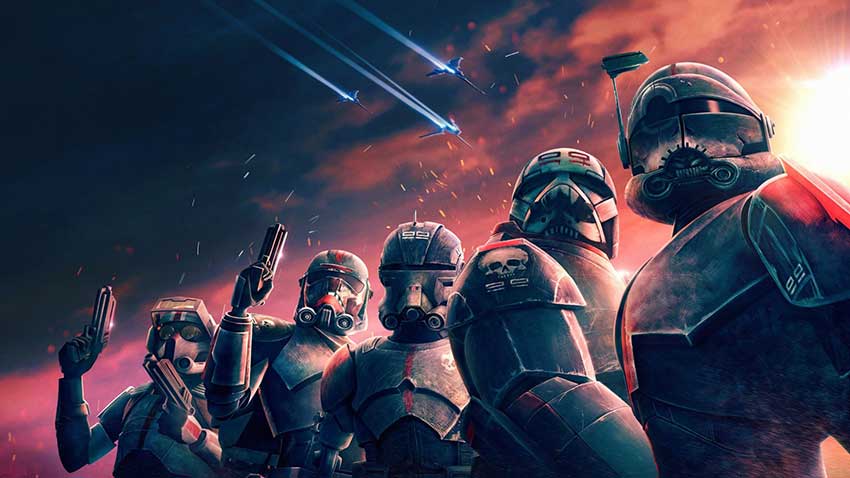 Star Wars clones aren’t usually fun until now with The Bad Batch now streaming on Disney+. These clone misfits hook you with their quirky personalities, and the stakes couldn’t be any higher.

The Bad Batch picks up where The Clone Wars ends with the defeat of the Republic and rise of the Empire. Clone Force 99 who were introduced in the previous animated series, start to question their place in this new galaxy when they are given orders to kill all the Jedis. Not ones to follow protocol, the quirky squad become enemies of the Empire.

The Bad Batch are an elite squad of clones who vary genetically from the other troopers, each with a specialty skill. Hunter, Tech, Crosshair, Echo and Wrecker also vary in personality, and continue to evolve as they grow a conscious unlike the other clones.

Fans of the previous Star Wars series will no doubt feel comfortable in this new setting. Those not familiar with the animated series mythology, but well-versed in live action movies will recognize familiar elements and characters like Emperor Palpatine, the Jedis and Grand Off Tarkin.

Personally I never found The Clone Wars or Star Wars Rebels particularly interesting or compelling enough to keep watching, but The Bad Batch feels different than the other animated shows, and more in line with the live-action films. As a hard core fan of the original Star Wars trilogy, the humor and character’s personalities were a big draw. The Bad Batch squad’s distinctive temperaments hook you into the adventure right away. You’re invested in their journey to find the truth behind this new order called the Empire. Star Wars fans know the truth about the Empire but the characters yet don’t know what they are up against.

A child character by the name Omega brings the cute and girlie factor into this story, but there’s intrigued into her origins story as she is no ordinary little girl.

What’s most astonishing things about the series is voice actor Dee Bradley Baker who voices the entire squad, each with a different accent. The actor has been the voice for all of the clone characters in the past animated show, and they cast him again for the Disney+ series. As a viewer, you have no clue it’s a singular person acting opposite himself. Producer and head writer Jennifer Corbett revealed Baker records each character’s dialogue with each other in the same take rather than doing one character at a time. “Most impressive,” as Darth Vader would say.

The Bad Batch is easy to follow, and doesn’t get bogged down in Star Wars lore but fans will no doubt find Easter Eggs sprinkled throughout.

The Bad Batch is now streaming the first 70-minutes, followed by new episodes every Friday starting on May 7.