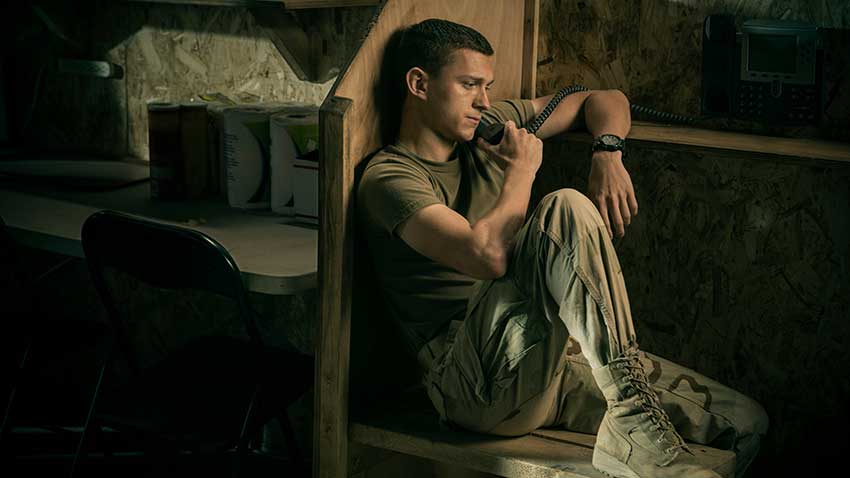 Actors who play superheroes often get pigeonholed into playing the same sort of character, and Tom Holland seems to know that. The 24-year-old actor stars in Anthony and Joe Russo's CHERRY, now playing on Apple+. Holland is intentionally choosing roles that showcase his acting range so as to avoid the same pitfalls, and he's succeeding with very mature roles lately.  Let's take a look at how the babyfaced actor's choices will cement a career in Hollywood.

Holland is starring in two movies now streaming with CHERRY (Apple+) and THE DEVIL ALL THE TIME (Netflix), and a theatrical release with Daisy Ridley in CHAOS WALKING. Of course, he's returning as Spider-Man in SPIDER-MAN: NO WAY HOME, and playing the lead in another action-adventure with UNCHARTED.

Thomas Stanley Holland first broke through in the "Billy Elliot the Musical" West End play in 2008 at the age of 12. The former dance student then went on to break into Hollywood with his first major role in THE IMPOSSIBLE (2012) alongside Naomi Watts and Ewan McGregor. Then he was caught in the web of the MCU as the third cinematic Spider-Man in 2015 but this time in cooperation with Marvel.

The London-born actor, however, wants to diversify his talents and does so in CHERRY and THE DEVIL ALL THE TIME, two dark dramas that show his range. He's not afraid to go to dark places playing flawed characters.

In CHERRY from the Russo Brothers (AVENGERS: ENDGAME), Holland plays Cherry, a college student who enlists in the military and returns home to his wife suffering from PTSD. He turns to heroin to cope, and resorts to robbing banks to finance his addiction. The story is based on Nico Walker's autobiography "Cherry."

Holland shows dramatic range in portraying a young, healthy adult whose life spirals out of control after witnessing the horrors of the Iraq war. His transformation is very realistic and grounded. His magnetic personality keeps you glued to the small screen even as his character becomes less sympathetic. 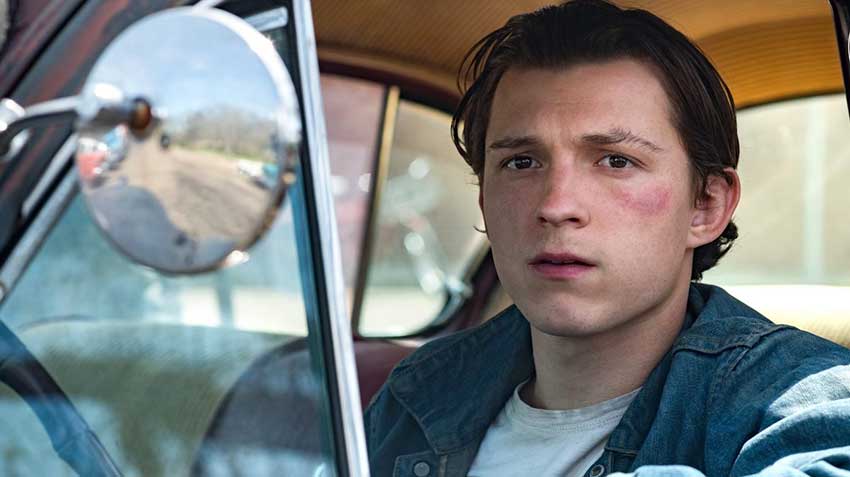 In another dramatic turn, Tom Holland stars with Robert Pattinson, Jason Clarke, Bill Skarsgård, Sebastian Stan, Riley Keough and Mia Wasikowska in THE DEVIL ALL THE TIME.  Based on the novel by Donald Ray Pollock, the setting is rural southern Ohio and West Virginia at the end of World War II. Filled with unsavory and violent characters, the story explores how corruption and brutality are passed down through generations. Arvin (Holland) learns from his WWII veteran father that you often have to resort to violence to protect your family.

Directed and adapted by Antonio Campos, THE DEVIL ALL THE TIME is a hard watch because of the dark subject matter but the performances are exceptional with Tom Holland turning in a powerful performance as a kid repeating the ways of the past.

While he's not exactly giving up starring in mainstream films, Holland has shown Hollywood he's much more than your friendly neighborhood Spider-Man. No doubt a musical is on Holland's bucket list. The boy has some serious dance moves as seen in his Lip Sync Battle performance to Rihanna's "Umbrella," so a musical seems like a natural progression.

Tom Holland has proven himself a talented actor who should have a bright future ahead of him.