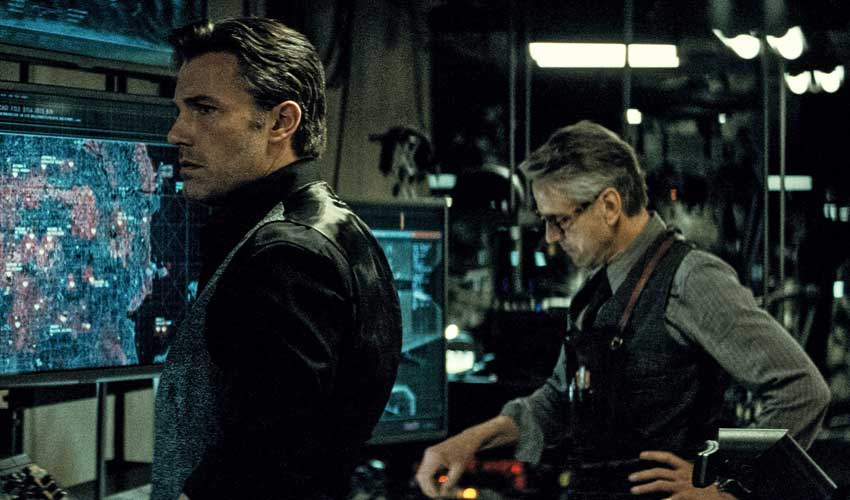 There are a lot of jaw-dropping scenes and reveals in BATMAN V SUPERMAN: DAWN OF JUSTICE, but this review won’t spoil it for you. What you basically want to know is - was it good?  The Zack Snyder film has its awesome moments, but it wasn’t great.  I’m not really sure what kept it from being great, but the feeling or giddiness wasn’t there. Coming into the movie after binge-watching "Daredevil" Season 2 on Netflix may have been a disadvantage since that show is the epitome of what a superhero story should be.

That lack of “feeling” can also be attributed to the fact that there have been numerous iterations of Batman and Superman, and BATMAN V SUPERMAN doesn’t really break any new ground. We haven’t seen a Batman and a Superman showdown in movies before, but that rivalry played out long time ago with numerous trailers over the course of year that seemed exhausted by the time we sat down to watch it for the first time. However there is one fight sequence between the two DC heroes that was worthy of applause, but that doesn’t come in until late in the film.

The biggest question going into BATMAN V SUPERMAN was Ben Affleck going to be able to step into Christian Bale’s cowl. For me at least, the answer is yes. Bruce Wayne aka Batman is a much angrier person this go around, and he’s come to terms with who he is. Affleck pulls that off, and it helps that he looks sexy bulked up with a bit of gray in his hair. I definitely came out Team Affleck.  And who’s not going to love Alfred played by Jeremy Irons who has been re-imagined as Batman’s sidekick rather than just the butler and mentor, with more hands on in the technical department. The smart move here by writers Chris Terri and David S. Goyer was to move those two out of the burned down Wayne manor into a new crib filled with cool gadgets and an awesome new bat cave and entrance. Taking them out of their familiar environment helped take these re-imagined characters into the next level.

Unfortunately for Clark Kent/Superman, Bruce Wayne upstages him and poor Henry Cavill doesn’t have much to do as Clark Kent except sulk and proclaim his love to Lois Lane (Amy Adams) when he’s not fighting as Superman. Amy Adams is sort of wasted by being the damsel in distress in between going out and getting into trouble. 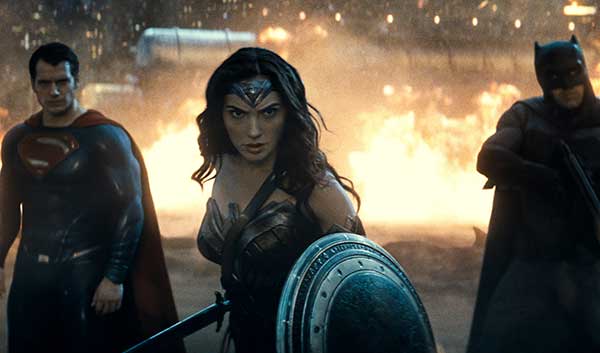 Gal Gadot’s Wonder Woman got the loudest applause during her entrance, and she proves herself worthy of taking over the lasso and shield. Jesse Eisenberg as Lex Luthor didn’t do it for me. He came off like a spoiled-child which is what they may have been going for, but there’s no semblance of what we’ve known about this character.

Thankfully there is a lot less CGI than Man of Steel in favor of actual stunts with some impressive fighting choreography between Batman and some bad guys. Another impressive action sequence has the Batmobile chasing a semi down an industrial section of town. As said before, Batman steals the show as well in the action department as well as story.

BATMAN V SUPERMAN: DAWN OF JUSTICE starts out slow with a lot of talking heads, but it gradually picks up pace once the action gets going. The end is a little hard to buy since we know what happens next in the DC Extended Universe. That’s the disadvantages of hyping the upcoming Justice League movies. There’s plenty of things to geek out to in BATMAN V SUPERMAN with teases of what’s to come in the DC's cinematic world.

Unlike Nolan's Batman film and Snyder's Man of Steel, BATMAN V SUPERMAN: DAWN OF JUSTICE is not as dark and it seems much more suited for younger audiences mostly males with superheroes and monsters that should make them scream with delight.

Ben Affleck, Henry Cavill & Jesse Eisenberg Talk Smack About Each Other For Charity