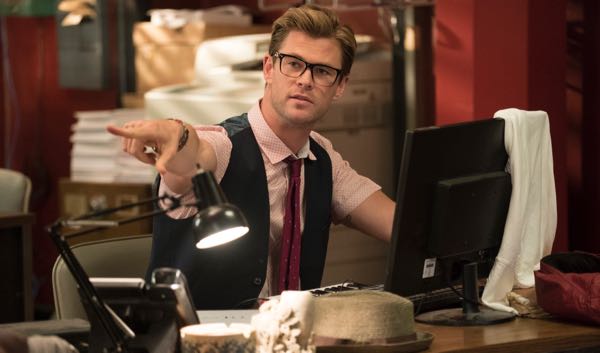 Finally fans are getting a look at Chris Hemsworth man-ning (pun intended) the secretary's desk at Ghostbusters headquarters, and we're loving Thor re-imagined as a total nerd, albeit a hot nerd. Other images from the all-girl GHOSTBUSTERS movie were released of the lady ghost fighters, Melissa McCarthy, Kristen Wiig, Kate McKinnon and Leslie Jones. Take a look at the new images from the movie opening July 15.

Directed by Paul Feig (Bridesmaids, Spy), the GHOSTBUSTERS director revealed the first trailer will be released by the end of February. While no plot has been revealed, there certainly will be ghosts, and rumored to return to the franchise include original stars Bill Murray, Sigourney Weaver, Annie Potts, Ernie Hudson and Dan Aykroyd.