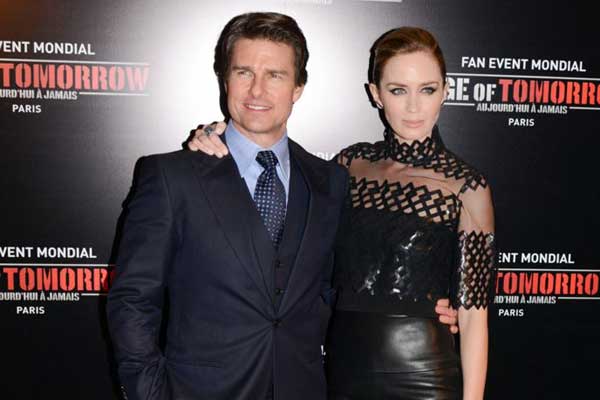 EDGE OF TOMORROW stars Tom Cruise and Emily Blunt were troopers as they spent 24 hours flying to three premieres in three different countries on Wednesday for their new film. Take a look at the premiere photos from London, Paris and New York City.

Cruise and Blunt managed to look their best despite going non-stop with an early morning call in London for a red carpet premiere for fans.  The next stop was in Paris where Emily Blunt looked chic with a ensemble dress fitting for the French and lastly they made it to the New York City midnight premiere with an even sexier Emily Blunt in a daring red dress.  Isn't she supposed to look haggard by now?  EDGE OF TOMORROW director Doug Liman went along for the long trip.