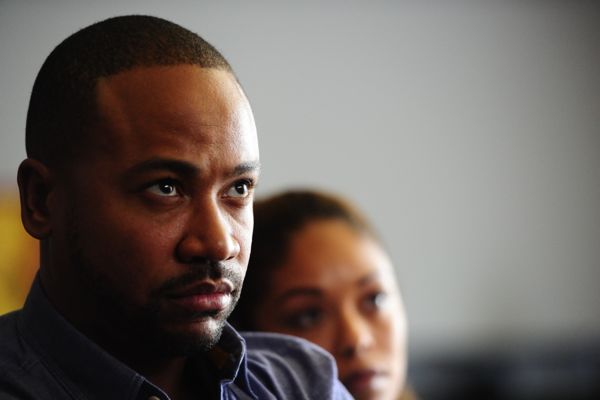 Scandal's Columbus Short teams up with his real-life wife Tanee McCall-Short for a romantic drama short, THE END AGAIN, which serves as a prequel to a full-length feature. Check out the trailer and images from the new movie.

Columbus Short used his hiatus from the television hit Scandal to shoot the pensive portrait of a couple's end to their five-year relationship. He's starring on screen with his real-life wife Tanee McCall-Short as couple breaking up for the last time. THE END AGAIN focuses on the last day Joe's girlfriend Jane moves out of the home they shared while rehashing old arguments and reliving memories before they shut the final door on the relationship.

Written  by Felicia  Pride and  set  to  a  soundtrack  from  R&B  group The  Foreign  Exchange, THE  END  AGAIN  is  a  prequel  to  the  forthcoming  feature  length  project  entitled  OPENENDED, which  reunites  Joe  and  Jane for  a  single  day  to  mourn  the  loss  of  a  mutual   friend  and  to  confront  unresolved  feelings.  THE  END  AGAIN  was  shot  over  a  two day  period  in  the  historic  Edgewood  neighborhood  of  Atlanta, GA.