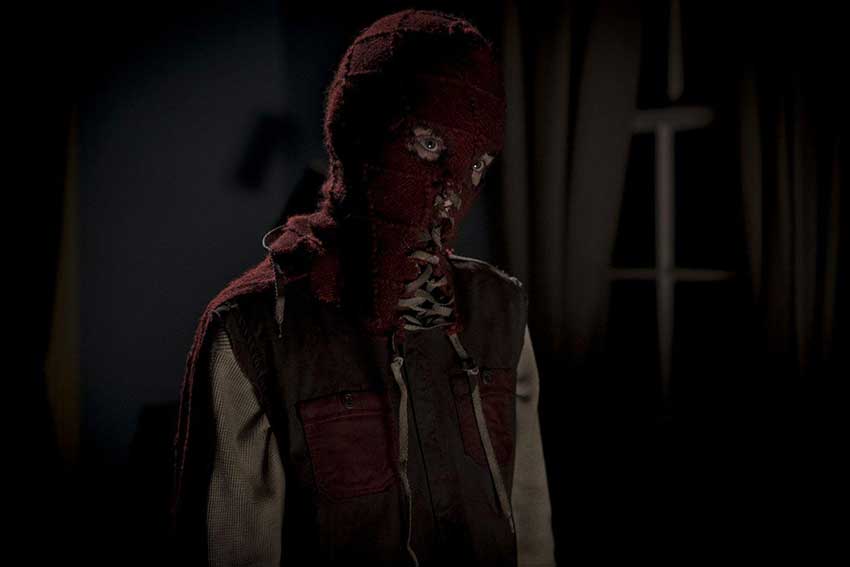 From James Gunn comes one of the most original horror films in a long time. Executive produced by James Gunn and written by his brother Brian and cousin Mark Gunn, BRIGHTBURN takes Superman's origin story and gives it a very dark twist. BRIGHTBURN has been described as "superhero horror," and it lives up to that moniker.

In BRIGHTBURN, a childless Kansas couple's (Elizabeth Banks, David Denman) prayers are answered when a baby crash lands in the woods nearby. Flash forward 12 years when Brandon hits the ripe age of 12, and puberty sets in except this is no ordinary teen angst. Brandon's true calling is awoken by the ship hidden in the barn and it's a scary one. He discovers his powers but his motive is not out to save the world but destroy it.

While we all know the Superman origins story, BRIGHTBURN twists the superhero genre into a horror movie where the caped hero becomes a killer. Directed by James Gunn protege David Yarovesky, the film is a communal experience in that the audience as a whole reacts to some of the gruesome action. And there's plenty of it but not in the vain of SAW or slasher movies.

BRIGHTBURN also takes a stab at teenagers. At first the parents and uncles dismiss Brandon's behavior as a rebellious adolescent but they soon learn the truth in a horrifying way. It's plays like an allegory for teenage years when parents complain they don't recognize their child anymore.

Jackson A. Dunn is devilishly good as Brandon Breyer with stares that could kill, and he actually does when his eyes shoot lasers. He shows no mercy.

Horror films as of late have been treading similar ground but BRIGHTBURN offers a refreshing take on the horror genre with a twist.