Fifty Shades Freed Movie Review: The One Redeemable Quality That Makes It Worth Watching 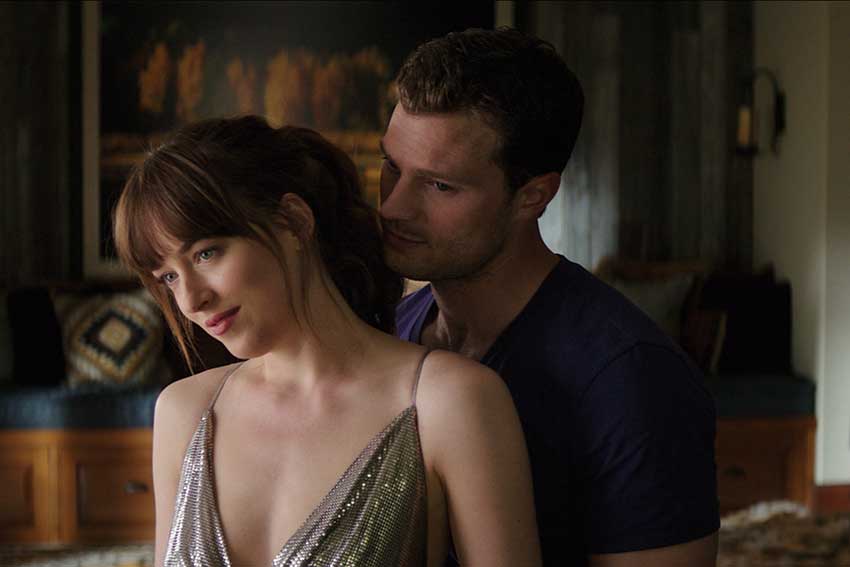 You don't go to the FIFTY SHADES movies expecting quality. Let's be honest. Viewers go to these movies for the cheap thrills and Harlequin romance. However, one thing that can be said about both the novels and movie adaptations is that the female character of Anastasia is strong and determined not to let a man dictate her actions. That's probably the only admirable thing about the FIFTY SHADES trilogy.

When they announced a FIFTY SHADE OF GREY film adaptation, I was ready to hate the plot surrounding a man who dominates a woman through masochistic pleasures. However, the surprise of seeing Anastasia make her own rules and control the situation made it worth watching despite the cheesiness of the dialogue and the often laughable situations.

The FIFTY SHADES movies come to an end with the last installment in the trilogy. The FIFTY SHADES OF FREED continues that guilty pleasure although it's probaby the worst of the bunch. The eye rolling is on triple duty here with a silly plot that again finds Anastasia in danger. In FREED, someone is stalking Anastasia and Christian. When you find out who it is and his or her motives - it’s too laughable.

As the third movie in the franchise trudges along, the other plot involves the changing relationship between Anastasia and Christian as a married couple.   Christian thinks she’s his property and wants to control every aspect of her life. In one laughable moment, he bursts into her office during a meeting upset that she hadn’t changed her last name to Grey.  The audience were giggling throughout that scene. Is this guy for real?  But Christian is all about control, and it only gets worse once he puts a ring on her finger. In reality, the jealous husband bit is actually frightening especially during a scene in the bondage room where he punishes her for disobeying him.  Luckily, Anastasia takes control of the situation. Later when she surprises him with their pregnancy, his reaction is reprehensible.

That negative aspect of Christian is balanced with his expensive gifts to his wife. While his extreme love for her may seem admirable, it doesn't seem healthy. So what is the movie's message?  Probably nothing, except to provide the audience with a romantic version of this couple.

The one redeeming thing about the FIFTY SHADES trilogy is Anastasia's independence and strong-willed nature. She remains head strong and unafraid to stand up to Christian. When he attempts to treat her like property, she brings him back to reality.  After all, isn't her nature the reason he fell head over heals?  There's one line that sums up their relationship. Christian asks Anastasia why she continues to "defy him." Her response is classic Anastasia, "Get used to it." Those two lines define their relationship. And who doesn't like a woman taking control.