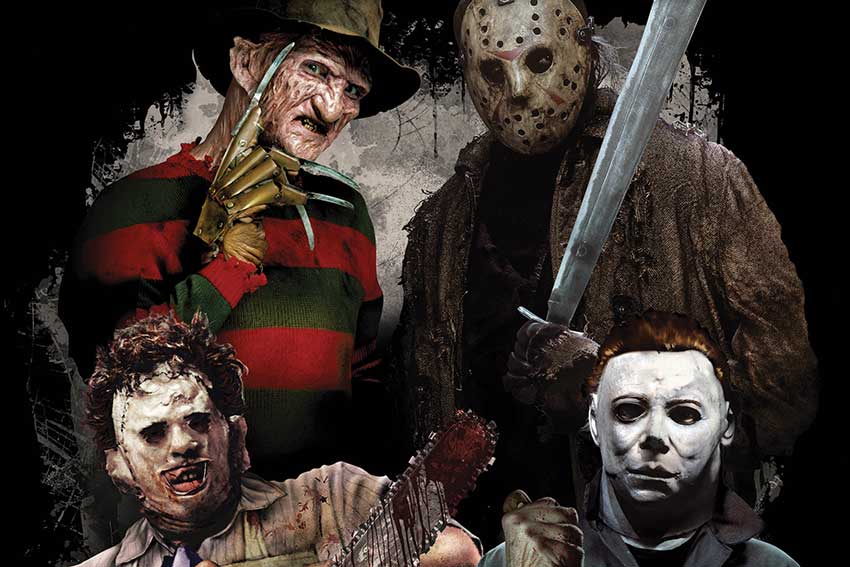 This year Halloween Horror Nights was quite a different experience for me as I screamed a lot more than usual. That may be attributed to the fact that I was on crutches with a sprained ankle so the vulernability factor might have played into that. Nonetheless two new mazes were clear winners this year at Universal Studios Hollywood's annual fright fest.

A maze inspired by the 1973 movie, THE EXORCIST is also new this year, and by far the scariest one out of the bunch. At every corner you turn, possessed Regans keep popping out at you, and horrific scenes from the movie are recreated with live people acting out the possessions.  Given it's the most traumatic movie I watched when I was a kid may be at fault for the many mini-heart attacks experienced while hobbling through the maze.

The "American Horror Story" maze was also a stand out since the neverending maze takes you through scenes from the past five seasons with terrifying imagery from the show. A live person/creature is reaching out to you as he comes out of the bed. Pretty creepy.

The Eli Roth Terror Tram and the Texas Chainsaw Massacre attractions rely on gore which is not really scary, just gross. Given my disability for the night, we skipped Freddy vs Jason and Halloween because we know what to expect from the familiar monsters.  Krampus was the least scariest of the bunch we did try.

The Walking Dead maze at #UniversalHHN is way too short, but still made me scream a few times. #toughchick #horror #amusementpark #twd

The Walking Dead permanent attraction seemed tamed in comparison to last year's favorite maze which was based on the cannibal eaters at Terminus.

The Scare Zones based on the movie THE PURGE were particularly terrifying to walk through on crutches since I had a bulls eye on my forehead. I figured the actors would avoid the girl on the crutches since they might not want to cause this vulnerable person to fall, but nope, the opposite happened. I was the prime target for the creeps with chainsaws who wanted to hack my legs off. They usually don't go after me since I'm not freightened by the vigilantes wielding weapons. They always go for the screaming girls who they can chase around the park.

Surprisingly this girl on crutches made it through the night, and 1am was our out. The adrenaline helped take the pain away of walking on a bum ankle. Thanks to Universal Studios for the highlight of the week.

Tickets are still available for Halloween Horror Nights. Tickets can be purchased at this link http://www.halloweenhorrornights.com/hollywood/2016/tickets.php.