SINISTER followed crime-writer Ellison Oswalt (Ethan Hawke) and his desperate attempt to revive a stagnant career. Moving his wife and two children into a house that was the scene of a grisly murder, Oswalt hopes to turn the unsolved case into a best-selling novel. It’s not long before he finds a collection of Super 8 film reels in the attic depicting similar murders, all involving families with children. Particularly unsettled by his discovery of a demonic figure lurking in the background of the clips, Oswalt involves local authorities to no avail. His obsession with solving the case has a deleterious effect on both Oswalt and his family, who in turn fall victim to the entity identified as the “Babylonian” god Bughuul.

These events are only lightly referenced at the beginning of SINISTER 2 which stars James Ransone, reprising his unnamed deputy role from the first film. While he can’t match Hawke for intensity, in SINISTER 2 Ransone does show a bit more of the range seen in his television work for HBO’s The Wire. Now an ex-deputy turned private investigator, Ransone is a likeable anti-hero determined to stop Bughuul from claiming more victims. His performance is made infinitely better when his investigations bring him to the door of Courtney Collins (Shannyn Sossamon): a single mother of two young boys on the run from abusive ex-husband Clint (Lea Coco). WATCH TRAILER 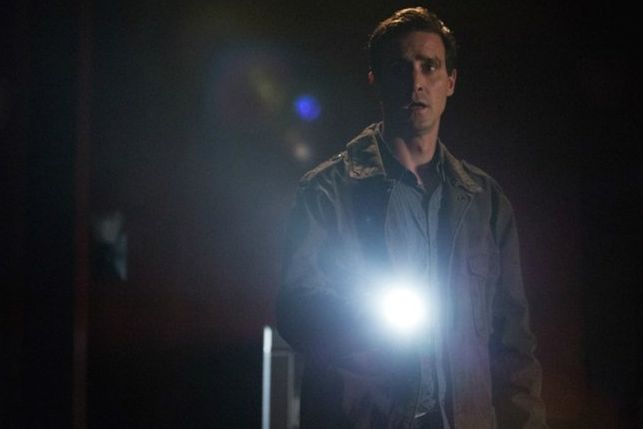 Sossamon brings a straightforward determination to Courtney. Lacking in funds and always two steps behind her ex -- his work as a police officer makes him a formidable opponent -- it’s easy to understand why Courtney would take up residence in a house that adjoins a murder site with few questions asked. That terror has passed, or so she thinks, while the threat Clint presents is ongoing. When his deputy cred helps her in a stand-off with her ex-husband backed by local authorities, Ransone is further motivated to try and protect the family from the dual threats of Clint and Bughuul. There’s solid chemistry between Sossamon and Ransone, and the film suffers when the plot splits them apart.

Still, the specter of domestic violence and intimidation create an interesting backdrop for the sequel. Unfortunately, they ultimately prove far more compelling and disturbing than the supernatural premise they support.

Real-life brothers Dartanian and Robert Sloan play Courtney’s sons Zach and Dylan. Thoughtful, brooding Dylan is targeted by Bughuul early in the proceedings: first through terrifying nightmares and later via undead child emissary Milo (Lucas Jade Zumann). Faced with the choice between joining Milo in the basement for screenings of Bughuul’s Super 8 snuff films and seeing them in his dreams, (which begs the question: why offer the choice to begin with?) Dylan reluctantly acquiesces.

Though one of the films, featuring a family Christmas scenario, is disturbing in a Saw-franchise kind of way: most of the clips are more complicated than scary. The effect is not helped by an expanding audience of dead children taking them in alongside Dylan and Milo. Bughuul also suffers from overexposure: showing up far too often to retain any sense of mystery. The Sloan brothers are the best part of these scenes, leveraging their actual sibling dynamic to effectively portray closely aged brothers competing for their mother's affection. But even they can’t save the film’s problematic climax where the script gets weaker and the action becomes rather exhausting. 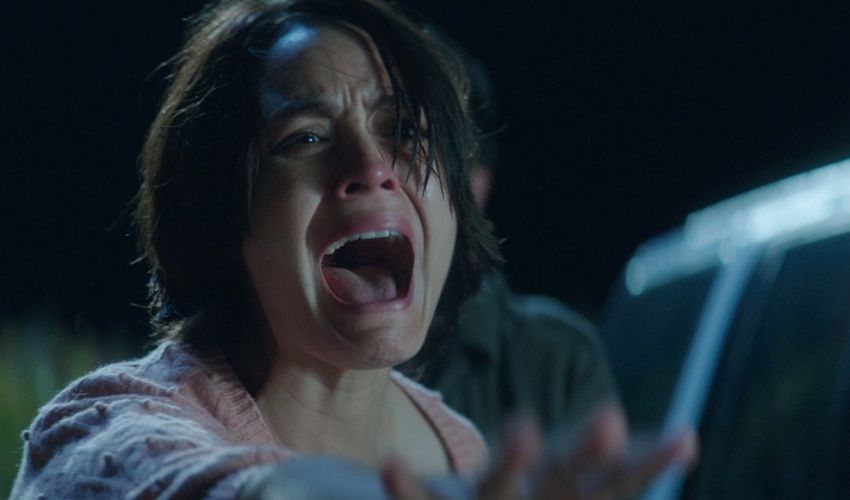 It’s unfortunate, because the concept of domestic abuse is well-suited to a franchise that centers on violence done to families by their own members. If SINISTER 2 had fully embraced Bughuul as an avatar for the cycle of violence the way SINISTER embraced the literary obsessions of its lead as that story’s real demon, this sequel might have even surpassed the original.