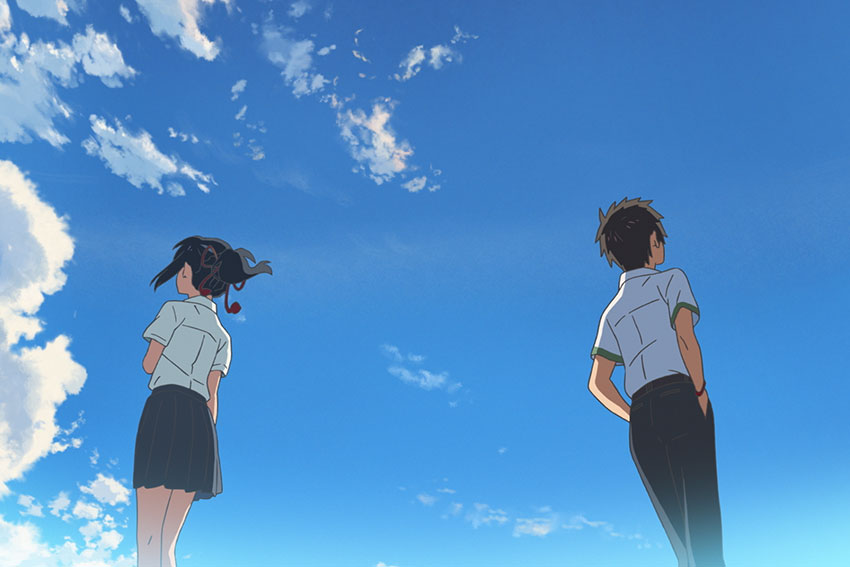 Japanese import YOUR NAME opens in theaters this weekend, and fans of Japanese anime won’t be disappointed. Director Makota Shinkai (VVOICES OF A DISTANT STAR, 5 CENTIMETERS PER SECOND) delivers a visually-stunning animated film with a story that crosses multiple genres.

In Japan, YOUR NAME (Kimi no Na wa) became the second-biggest grossing film of all time, beating Hayao Miyazaki's HOWL'S MOVING CASTLE. Globally, the film has earned $328 million, but it has yet to conquer the American market until now.

YOUR NAME centers on two teens wishing for a different life. Mitsuha, a small town girl and Taki, a high school boy in Tokyo, are strangers who randomly swap bodies through a bizarre occurrence. The change is not permanent, and while asleep return to their rightful bodies for a short period. They build a connection by communicating through written notes on their hand, text messages and their memories.

Just when you’re thinking the plot is about to become predictable, the linear story is thrown into question when an incident throws the body-swapping plot into a different direction, and like Taki, the viewer is looking for an explanation to what we just experienced.

YOUR NAME thrusts you into a mystery twenty minutes in when Taki finds out the girl he’s been body-swapping with doesn’t exist in his time and space. Taki sets out on a journey to discover the truth. YOUR NAME is not your casual laid back film in that you have to play close attention to follow the twists and turns. 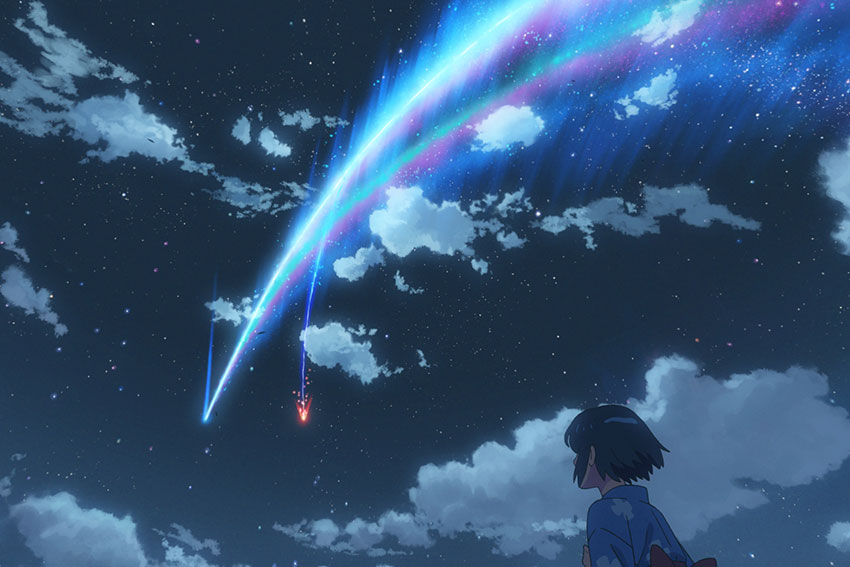 There’s a magical side to the story as well with Shinkai’s beautiful imagery accompanied by pop music. The English dub, however, was often distracting in that the Japanese visuals didn’t match the English-language music tracks. In comparison, the Japanese version of the music is more effective in its original language. (Watch trailers below)

YOUR NAME is available with English subtitles or an English dub. Following the plot may be more difficult if reading English subtitles, and you’ll miss the beautiful details and colors in the animation. The preferred viewing experience may be to watch it in English.

Either way, YOUR NAME has a lot of depth and it’s a refreshing film that doesn’t fit any Hollywood mold.