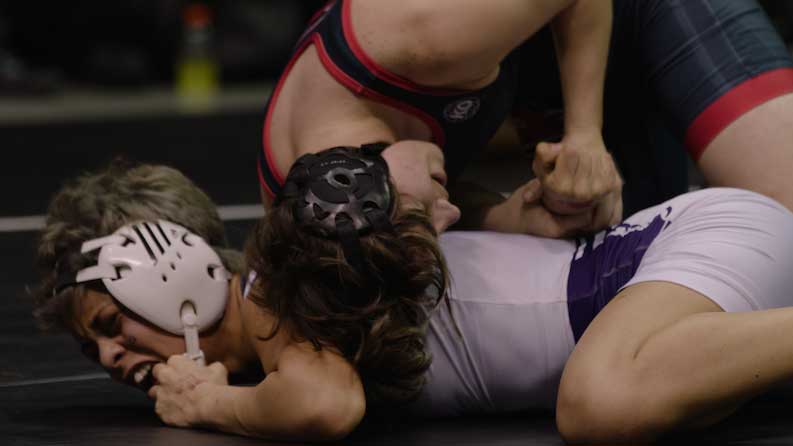 Hulu has acquired the Superfilms! award-winning documentary CHANGING THE GAME. The feature film will make its streaming premiere on Tuesday, June 1, 2021 as a Hulu Original Documentary and part of Hulu's Pride Month celebration.

Emmy® award-winning filmmaker Michael Barnett's urgent and subsuming sports documentary illuminates what many have called the civil rights issue of our time: transgender inclusion in sports. CHANGING THE GAME takes us into the lives of three high school athletes-all at different stages of their athletic seasons, personal lives, and unique paths as transgender teens. Their stories span across the U.S. - from Sarah, a skier and teen policymaker in New Hampshire, to Andraya, a track star in Connecticut openly competing on the girls track team. The film centers on Mack Beggs, who made headlines when he became the Texas State Champion in girls wrestling - as a boy.

CHANGING THE GAME is directed by Michael Barnett and produced by Clare Tucker and Alex Schmider. Chris Mosier serves as executive producer.  Music for the film is composed by Tyler Strickland.

CHANGING THE GAME made its world premiere at Tribeca Film Festival in 2019 and has since won the Audience Award for Best Documentary at Outfest Film Festival and Frameline Film Festival, among others.

CHANGING THE GAME makes its streaming premiere amid an intensifying national debate about transgender identity and inclusion. While news media is consumed with stories about transgender athletes with states across the U.S. introducing bills in legislatures on the issue, this documentary sheds light on the intimate and emotional realities for the transgender teenagers affected as the stakes sharpen in their daily lives on and off the field--all the way up to the Supreme Court. Often heartbreaking, sometimes humorous, always human--these young athletes invite us into their lives, showing us what they're made of and invoking audiences to ask the same of themselves.