8 Things To Know About 'The Conners' Season 3 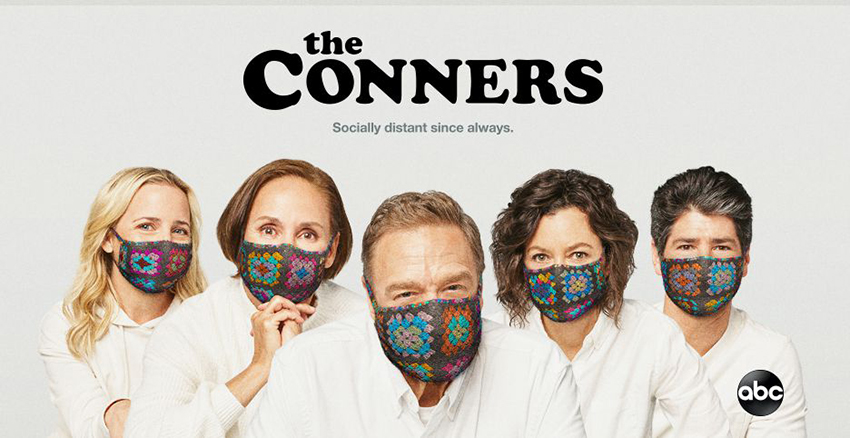 The Conners are back for season 3 premiering Wednesday, October 21, and they'll be dealing with the pandemic, work place harassment and other socially relevant themes with humor. Here's what you need to know about the new season.

In art imitating life, viewers will find the Conners under quarantine as the COVID-19 pandemic will play a major part in the new season. The new episodes were shot this summer during the ongoing health crisis so it seemed fitting for Dan, Jackie, Darlene, Becky and D.J. and their extended family to tackle what Americans have been dealing with for the last seven months.

During a Zoom press conference, the cast and filmmakers talked about what to expect and the experience of shooting under strict social distancing guidelines. John Goodman, Laurie Metcalf, Lecy Goranson, Michael Fishman, and Sara Gilbert, who's also an executive producer with fellow EP's Tom Werner, Bruce Helford, EP/writer Bruce Rasmussen, and EP/writer Dave Caplan sat apart in different areas of the set.

During the press conference, a clip featuring a young Clooney was shown. The actor played Booker Brooks, Jackie and Roseanne's former boss at Wellman Plastics in the original series. Gilbert says Clooney will not make a cameo appearance in "The Conners" but Becky and Darlene will find themselves returning to their mom's old workplace. When asked if there are any plans to bring back Clooney, Gilbert revealed no offer has gone out for the tv star turned movie director to return. That's not to say the doors aren't open but not now when the family is under quarantine. 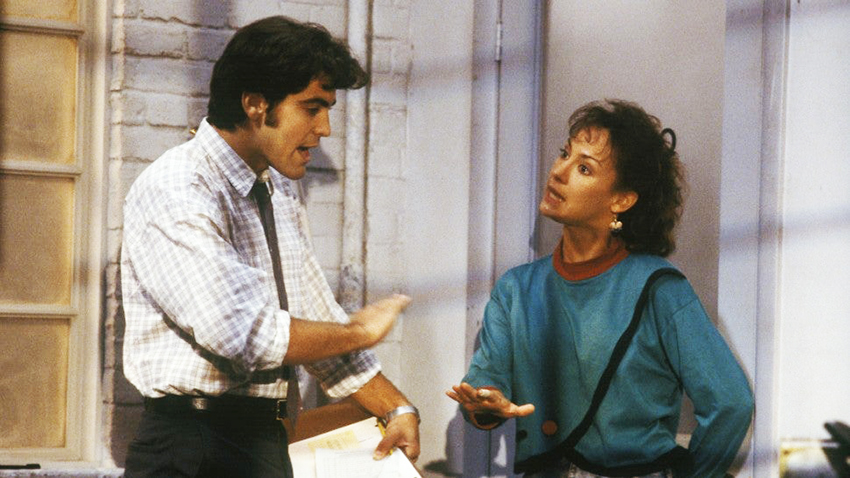 "If you know anything about Becky and Darlene, their relationship also can be toxic," says Goranson. "So, the fact that they're thrown together in the factory brings up a lot of that and makes things a little difficult at home at times. But, you know, like me, I think a lot of people are happy to be working right now. I think people want to bring home money and to feel like they're a part of something. So, I think, as much as there is some kind of ‑‑ I think toxic is a strong word, but I would say, you know, workplace difficulties or conflicts, that there is a gratefulness of going to work that people have and people share.

Executive producer Bruce Helford says it was only natural that the new season deal with what Americans are going through. Traditionally, the Conners have always addressed social issues.

"I know there are a lot of shows that probably aren't going to be reflecting what's really going on, but we felt that it was an obligation to our viewers and to stay relevant and to show them what it's like for a family that knows how to get through hard times but is thrown a curve like never before, says Helford."

On the show, Mark the youngest son takes it upon himself to monitor the family member's temperatures as they go in and out of the house, and remind everyone to wash their hands and follow protocol. They also address it at the workplace.

"Some people will take off their masks a little sooner than they should or whatever. We're reflecting all the different aspects of how people are dealing with this," adds Helford.

The producers reveal the pandemic will most likely be part of the whole season. In advance clip shown, John Goodman's Dan summarizes the Conners response to anything. "The way the Conners get through everything is watch TV, drink, and blame the government." 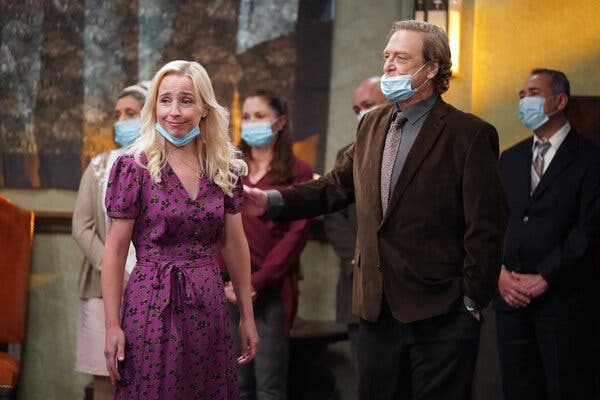 On set, the producers assure that all the protocols are being followed rigorously. "We've never had to be in the business of keeping everybody healthy before, but we take it damn seriously," says one of the executive producers.

There are no audience members, and the cast do miss the laughter although 40 crew and staff around the set do provide a few good chuckles to inspire the cast.

The first day on set for Laurie Metcalf was a bit nerve-racking.

"I felt nervous coming in on the first day. But when I saw all the safety precautions that had been taken and had talked with fellow cast and crew members about how seriously we were all committed to keeping the set extremely safe, I felt much more comfortable. The hardest ‑‑ the weirdest part for me, I guess, though, was when we finally did tape a scene and finally dropping our mask, and that felt very naked."

It wouldn't be the Conner family if the show didn't tackle the current political climate and division. The blue collar midwesterners take on the polarization of America leading up to the election, says the executive producers.

Since most families will not be celebrating Halloween in the usual manner, the Conners will have some of their own ideas for trick or treating. The producers hope the Halloween episode could provided ideas for families to imitate. 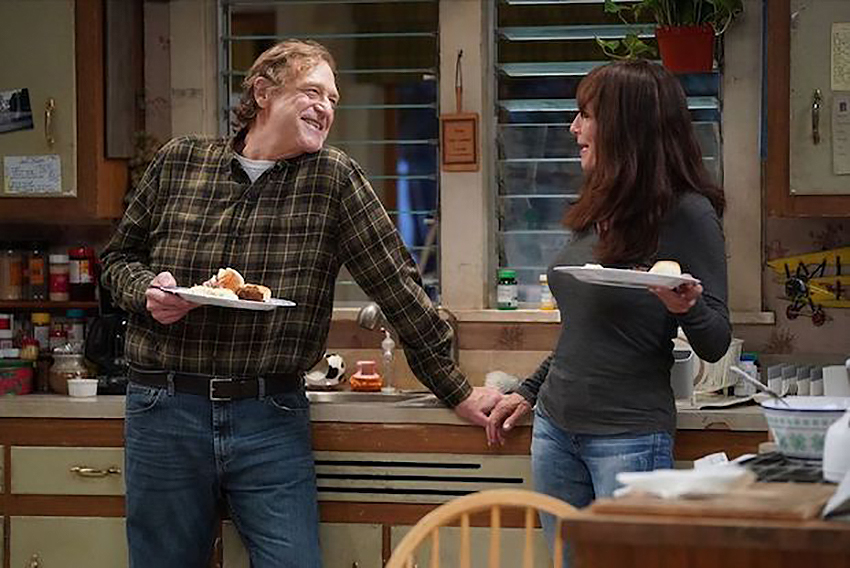 "Katey, I know, wants to be here as well and we want to have her here as her schedule permits, so our plans are to keep her a part of the family," says Gilbert of the actress.

Roseanne Barr who was fired from the show in season one and killed off was often mentioned as the family mourned her death. For the third outing, her memory still lives on but to a lesser extent.

"I think we've gotten away from it," says John Goodman. "I think Dan has accepted it. And while he'll move on, you know, she'll always be a huge part of his life."