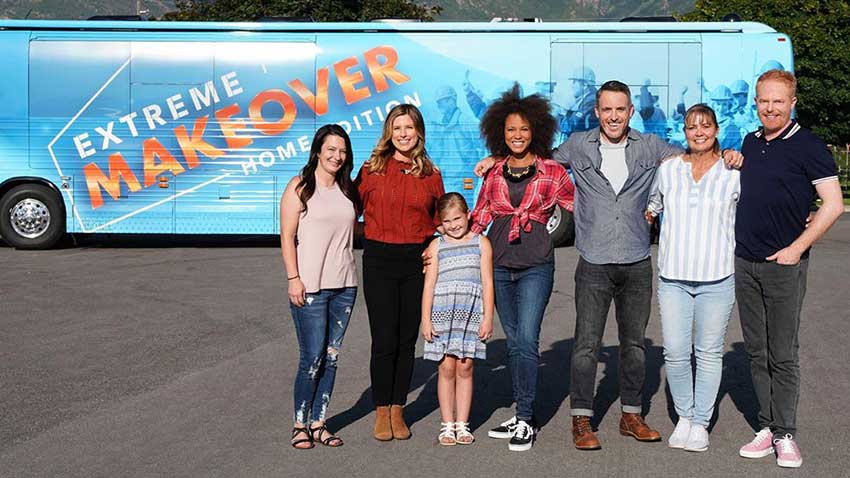 "Extreme Makeover: Home Edition" returns to television on HGTV and the show is changing lives for families in Southern California. The show relies on community support to make the dreams of needy families come true. The show is currently looking for volunteers from skilled craftsmen to non-skilled workers to help surprise families in South Los Angeles, the South Bay and the San Gabriel Valley. We spoke to Brady Connell, the Emmy-award winning Executive Producer and showrunner behind the show, and he's talking about the return of the show and what they're looking for in volunteers.

Brady Connell executive produced over 100 episodes "Extreme Makeover: Home Edition for ABC. During his time on Extreme Makeover, he and his team received the NAACP Image Award, the Television Academy Honors Award, and the United Nations’ prestigious Peace Award for “The Most Positive Television Show in the World.” He's also the producer behind "Survivor," "The Amazing Race," and "The Great Christmas Light Fight."

Connell tells CineMovie the last time the show surprised families in Los Angeles was in 2003 or 2004. He wants locals to come together and not only get the chance to be on television but to contribute to the community by volunteering their time.

"We wanted to just put the word out and let everybody know they were in town doing more than one," says Connell. "And who ever has wanted to volunteer on Extreme Makeover Home Edition and earn their blue shirt and their hard hats, they can come on the website and choose the date and sign up. They can show up to do a few hours of work or they can stay all day. It's almost like a habitat for humanity kind of kind of situation. And of course we have our television crews there on certain days and a good chance for them, for volunteers to perhaps be on camera as well." 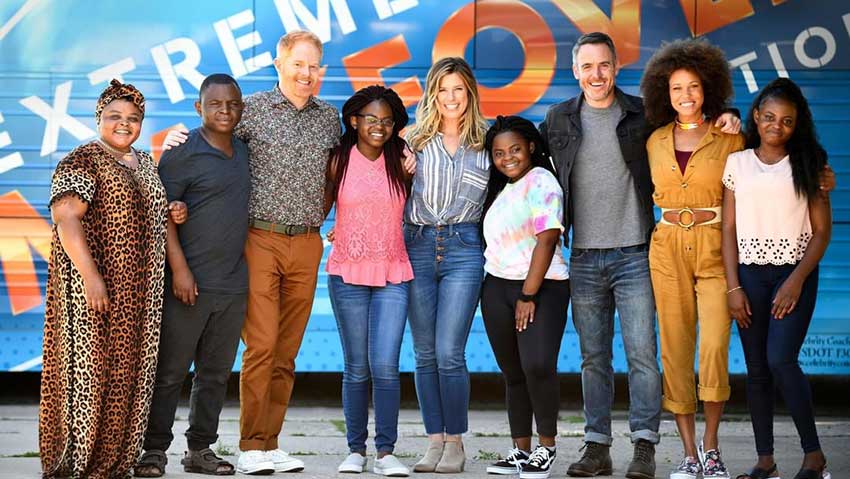 The show is looking for skilled workers such as carpenters, plumbers, electricians and roofers but even if you're not skilled, volunteers can paint, cleanup and landscape. However, don't think about it as work when you're helping a deserving family in your community.

"There's a lot of homeowners out there in Los Angeles who are struggling and have small homes and small property. And we thought it would be a really interesting, a sort of twist on the show because we had done a lot back in the day on ABC a lot of large scale homes and a lot of times we would just knock the house down and start over and build a house from scratch. We are also doing remodels and we thought, you know, the Los Angeles market had a particular advantages for some of these old homes, some of the homes were built in the 20s and they just need a complete remodel. It's usually the case where the family, you know, for some reason that the house just doesn't work for the family any more. They have a large family and there's not enough room or maybe somebody had an accident, and found themselves in a wheelchair and none of the hallways are wide enough or there was no ramps."

Are you up for helping your fellow neighbor and perhaps being on television? Vist https://emhecasting.net/volunteer/ and sign up.