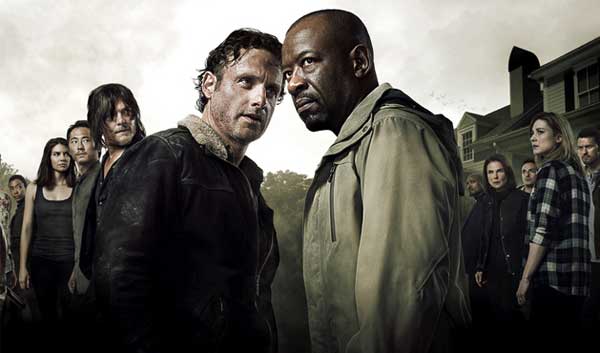 It was double your pleasure for "Walking Dead" fans with the reveal of the new trailers for Season 6 of "The Walking Dead," and the spinoff show, "Fear the Walking Dead." Both previews are intense with action and fear, of course. Premiering October 11 with a 90-minute episode, the new four-minute trailer has Rick going off the deep end and the growing mistrust of his decisions. Meanwhile "Fear the Walking Dead" looks different enough to entice us to watch how this "zombie virus" all started in the first place from the West Coast's perspective. Watch both trailers.

Both previews premiered Friday in Hall H at this year's Comic-Con in San Diego. The producers behind both shows also revealed that the premiere episode of "The Walking Dead" will be a 90-minute special.

On another panel for the spinoff show, "Fear the Walking Dead" which premieres August 23 on AMC, introduced the characters and story to fans with the new trailer. Watch that trailer below.