'The Simpsons' Making Debut at Disney's D23 This year 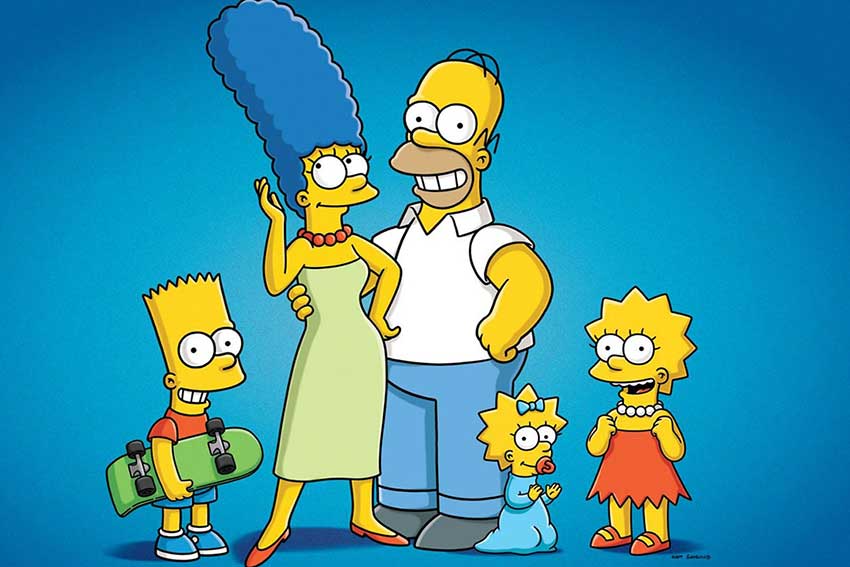 It's really official now. Disney owns Homer, Bart, Lisa, and Marge Simpson. Disney has announced "The Simpsons" will make their first Disney appearance at their D23 celebration in August before the 31st season premiere Sunday, September 29. Read about it in the official Disney release below.

The Simpsons exploded into a cultural phenomenon in 1990 and has remained one of the most groundbreaking and innovative entertainment franchises, recognizable throughout the world. Recently finishing its historic 30th season, The Simpsons has won 33 Emmy® Awards, 34 Annie Awards, 9 Environmental Media Awards, 7 People’s Choice Awards and 12 Writers Guild of America Awards including the 2019 Outstanding Writing in an Animated Program Award.   It was the first animated series to win a Peabody Award and was nominated for an Academy Award® in 2012 for the theatrical short “The Longest Daycare.” The Simpsons Movie was a hit feature film, the mega-attraction The Simpsons Ride at Universal Studios has received historic expansion updates with the addition of “Springfield,” and the show was honored with a Star on the Hollywood Walk of Fame in 2000. It has been named the “Best Show of the 20th Century” by Timemagazine and called the “Best TV Show Ever” by Vulture in 2016.

About The Simpsons
The Simpsons is a Gracie Films Production in association with 20th Century Fox Television. James L. Brooks, Matt Groening, and Al Jean are the executive producers. The Gracie Films Worldwide Brand Division develops and produces the licensed content for the series. Visit The Simpsons website at SimpsonsWorld.com. “Like” the series on Facebook at facebook.com/TheSimpsons, and follow Homer Simpson @HomerJSimpson and @TheSimpsons on Twitter. Join the conversation using #thesimpsons and follow The Simpsons on Instagram @TheSimpsons.

About D23 Expo 2019
D23 Expo—The Ultimate Disney Fan Event—brings together all the worlds of Disney under one roof for three packed days of presentations, pavilions, experiences, concerts, sneak peeks, shopping, and more. The event provides fans with unprecedented access to Disney films, television, games, theme parks, and celebrities. For the latest D23 Expo 2019 news, visit D23expo.com. Presentations, talent, and schedule subject to change. To join the D23 Expo conversation, be sure to follow DisneyD23 on Twitter, Facebook, Instagram, and YouTube, and use the hashtag #D23Expo.

About D23
The name “D23” pays homage to the exciting journey that began in 1923 when Walt Disney opened his first studio in Hollywood. D23 is the first official club for fans in Disney’s 90-plus-year history. It gives its members a greater connection to the entire world of Disney by placing them in the middle of the magic through its quarterly publication, Disney twenty-three; a rich website at D23.com with members-only content; member-exclusive discounts; and special events for D23 Members throughout the year.