Making A Great Sci-Film Film For Under $30mil 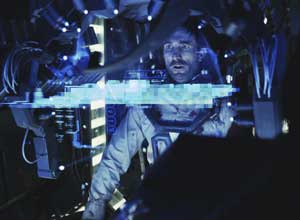 The internet is abuzz about District 9, a new groundbreaking sci-fi film from South African director Neill Blomkamp and produced by Lord of the Rings’ Peter Jackson.   The film is not only getting great reaction from those lucky enough to see it at 2009’s Comic Con in San Diego last month but more surprisingly, the independently made film about alien refugees (from outer space) living in a South African slum, only cost $30 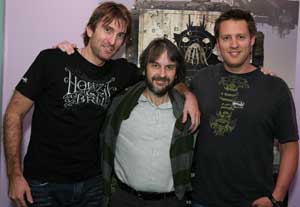 Thirty million dollars to us regular folks is a lot of money and could probably feed a small country but in Hollywood – it’s chump change.  Transformers 2: Revenge of the Fallen Harry Potter and the Half-Blood Prince cost $200 million to make, while Star Trek’s production cost is rumored to be near $150 million.

District 9’s visual effects and CGI rival the fancy eye-popping footwork in the aforementioned films and I will dare to say that District 9’s alien robot put to shame the Decepticons and Autobots.

So how was Neill Blomkamp, the thirty year-old visual effects artist and director of music videos and commercials, and his team able to achieve such a feat with $30 million dollars?

CineMovie sat down with the first-time feature film director and District 9’s unlikely hero - Sharlto Copley to find out.

Q:  This film works in all aspects - story, characters, and most noticeably the realistic visual effects.  How did you accomplish that with such a small budget?

Neill:  Well, we don’t have real expensive actors for one.  We have no massive Hollywood stars so that helps right there.

Q: Why was Sharlto the one for the job of Wikus van der Merwe, the field agent exposed to the alien virus who slowly transforms into one?

Neill:  The reason I picked him is because he’s extremely talented.  And if you don’t want any stars, you got to make sure you pick someone who’s really going to carry the film.

Because of the nature of the film, a massive component of the film would be improvised so that it feels like your watching a documentary.

We had a script but he would have to throw the lines out and make it his own.  I started thinking who that could be. He (Sharlto) is my high school friend from Johannesburg and I thought he would be the person to do that.

So I flew him to New Zealand to shoot a test but he didn’t know that.  He’s like Borat.  He becomes different characters.  So I told him to become this African bureaucrat and go around these shacks and evict people.  Then I showed it (screen test) to Pete Jackson and asked if I can use him in the film and Pete said, ‘Go for it’ because he could see how talented he was.

Q:  So you didn’t audition any other actors?

Neill:  I didn’t audition anyone.

Once Neill picked his leading man, his other concern was keeping the cost of the special effects within his budget.

Neill:   The single contributing factor is probably keeping the number of visual effects down and the way you deal with the effects shots you have.  We had just under 600 shots which in a $30 million film is pretty good.  You have to use techniques and use things in the way that makes them easier to achieve.  So if you set out to make something difficult, then you know it’s going to cost more.

shell surface which reflects light better and can get to a photo real result faster.

I think my style also helps with the price too.  I like the idea of filmmaking being fantastic and magical like this one but it feels more real because there is an exercise in restraint.  You’re restraining yourself and it’s like ‘don’t show all the stuff, just show a little bit.’ You don’t have to have millions of effects shots. So if you keep restraining things,  which is my natural style,  I think it brings the price down.

Sharlto Copley (Wikus) whose not only an actor but a filmmaker and visual effects expert,  isn’t surprised Neill pulled it all together for District 9.

Sharlto:  Neill has such a high-end understanding of visual effects. He didn’t give me a restrictive environment.  It wasn’t green screen.  He gave me the freedom to move around and put the CG around what I was trying to do instead of dictating what our movements had to be.

My (alien) hand, however,  was a prosthetic and there was no CG except to enhance my enlarging (alien) eye in the end but I experienced the alien transformation four to five hours in the make-up chair.

Sharlto also explains that the film’s set also kept things very real.  The production took over a real shanty town near Johannesburg (Soweto) which was used as District 9’s alien community.  Ironically, the South African government removed residents from this area and started to dismantle it when the production came in and bought the place as a set.

Sharlto:  The main set was a twenty to thirty year-old landfill that had layers of trash.  The smell in the place was very intense.  It definitely made a difference to the character to be in that actual real environment.

Neill also chose to film in the winter months in South Africa to add to the bleak look of District 9. 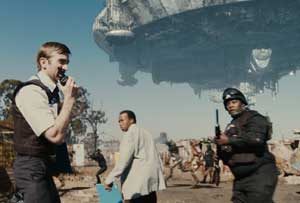 Neill: South Africa in the winter looks like a nuclear wasteland.  So locale definitely hlped with the look of the film.

Neill further explains that to keep costs down, they edited the footage first and then sent it to the special effects house WETA, Peter Jackson’s company for the CG process but there were problems along the way which jeopardized the budget.

Neill: Because we had different formats (documentary, news footage, film), it took us longer to edit.  Once we had what definitely was going to stay, we handed it over to WETA.  But we handed it over late so they had less time to work on it which wasn’t good.  It could’ve increased the price of the film.

Q: Since WETA is Peter Jackson’s company and he’s your boss on District 9, did you get a discount?

Neill:  WETA did give us a discount.

A little goes a long way and District 9’s Neill Blompkamp knows how to make it stretch.  This new visionary promises if there’s a District 10, he will make it independently again instead of going Hollywood.   But that won’t stop Hollywood from calling on this new talented and practical filmmaker.

District 9 is in theaters August 14.