Imagining a Slot Based on Avengers: Infinity War 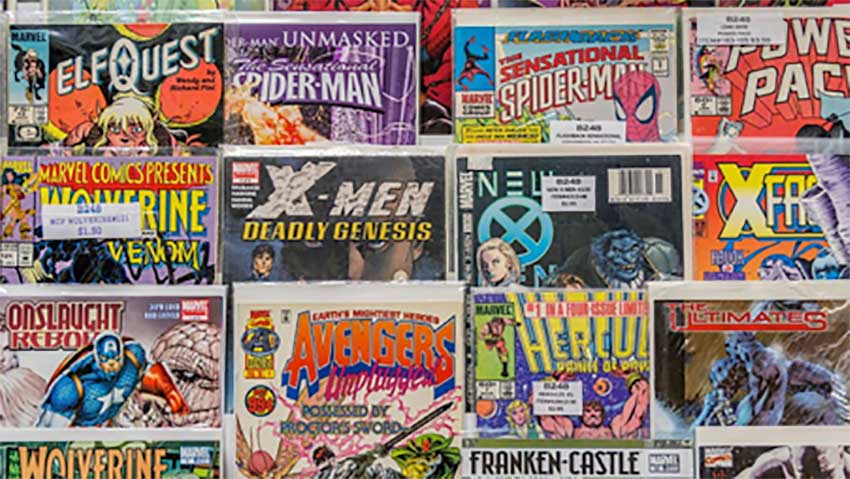 In 1939 Moe Martin founded a small American comic company that would come to be known as Marvel Comics, an enterprise that was renowned for its high quality artwork, vast portfolio of superheroes and villains, and thrilling storylines.

The comics that launched Marvel

However, one Marvel Comics storylines that hasn’t made it to online casinos (yet) is the Avengers, one of the most lucrative film franchises in Marvel’s history with total box office revenues of over $7.6 billion for its four films - The Avengers (2012), Avengers: Age of Ultron (2015), Avengers: Infinity War (2018) and Avengers: Endgame (2019). That’s why the following is an ‘imagining’ of how a film like Avengers: Infinity War (arguably the best of the four) could potentially translate into a fun and high-paying slot. This game would not be your run of the mill superhero slot, it would have to be ground breaking. Note: The following Avengers: Infinity War slot imagining contains numerous spoilers from the film on which it is based.

A Look and Feel that Mirrors that of the Movie

In keeping with the HD and 3D quality look and feel of the movie, the graphics and animations of Avengers: Infinity War slot would be exemplary i.e. second to none. They would comprise a mix of actual stills (pictures) and live action sequences (short film clips) from the film, and high quality graphics.

Although Avengers: Infinity War has numerous set pieces, the one that would lend itself to a slot is the setting called Knowhere. This is the decapitated head of an ancient celestial being that acts like the final ‘pit stop’ or informal base at the edge of the universe for all manner of beings and creatures.

Crucially it was also the setting for one of the most pivotal moments in Avengers: Infinity War, where Thanos (the villain of the franchise) is confronted by the Guardians of the Galaxy after he takes the Reality Stone from The Collector.

But instead of just being a static element, the various lights, stars and cloud formations surrounding Knowhere would constantly flash and glow in different colours whenever the different features of the slot are triggered or activated. This would give the game an added dynamic and edgy element.

Next would come the slot reels, superimposed over Knowhere in the Gauntlet – the Dwarven-forged glove designed to hold and channel the power of the six Infinity Stones giving the bearer infinite strength and power, in this case Thanos. It is only fitting that the game’s reels are housed in the main element of the story.

As important as the overall look and feel of Avengers: Infinity War slot is, game play is almost as crucial. That’s why to ensure this game delivers the biggest ‘punch’ possible it would be boast 6 reels, 4 rows and 1024-ways-to-win in lieu of regular paylines. Most video slots have 5 reels, so the extra reel would help set this slot apart.

Similarly, having four rows instead of the typical three would mean the slot could land as many as 24 symbols in any given spin. But the biggest plus of the game’s reels, rows and paylines is its 1024-ways-to-win format which, as its name suggests, is aimed at giving players over 1000 chances to win, but without ‘breaking the bank’ with each spin.

The way regular slots work is the more pay lines a player selects per spin, the bigger their bet size has to be. As such this can prove quite expensive, particularly for players that want to play the maximum bet per spin. This is why many regular slot games are better suited to high rollers (i.e. big money players) than players with small budgets.

With 1024-ways-to-win, however, players can choose a fixed or flat rate per spin for the possibility of landing any of the 1024 winning combinations across their reels with each and every spin. In Avengers: Infinity War video slots, for instance, the bet sizes would be $0.25, $0.50, $1, $2, $5 and $10 a spin to suit players with all budgets.

Here’s where the game really starts getting exciting. Where most online video slots limit their game symbols in number, this video slot would have symbols depicting the bulk of the characters from the film.

This would certainly be the best free spins slot ever.

In a game full of symbols, the special feature symbols would be the ones to look out for.

Special Feature Symbols and their Rewards

These would include the six Infinity Stones (the blue Space Stone, the red Reality Stone, the purple Power Stone, the yellow Mind Stone, the green Time Stone and the orange Soul Stone) as scatters, Thanos as a regular wild, the gauntlet as an expanding wild, and the child version of Gamora as the game’s bonus symbol.

Thanos would be a single wild symbol that substitutes for all other symbols except the feature symbols, while the gauntlet would be an expanding wild that covers an entire reel and brings with it a free re-spins per expanding wild. (Three gauntlets would award three re-spins).

Four child Gamora symbols landed in reels 1, 3 and 5 and the slot’s exhilarating bonus game would be activated. The regular background and reels would be replaced with the set piece depicting Wakanda, the fictional Sub-Saharan country in Africa that is home to the superhero Black Panther.

As part of the bonus round players would have to pick one of four Avengers - Iron Man, Thor, Black Panther or Spider-Man – to face one of four villains - Corvus Glaive, Black Dwarf, Proxima Midnight or Ebony Maw. If a player’s chosen hero beat their chosen rival, they pick up winnings and progress to the next fight of four possible fights, and the potential to rack up more winnings.

As if the features highlighted above are not ample enough to keep even the most avid slot fans glued to their screens, to add more excitement to the proceedings Avengers: Infinity War slot would feature not one but three 100% random progressive jackpots – a Mini, a Mini and a Maxi Jackpot starting from $500, $2,500 and $5,000 respectively.

These would be over and above the game’s maximum listed pay-out of 120,000 credits which could only be unlocked by landing each of the six scatters (in any order) across the game’s six reels.

While a Avengers-themed slot like the one imagined above may be a few weeks or a few light years away, it’s important to note that exiting new video slots are released all the time.