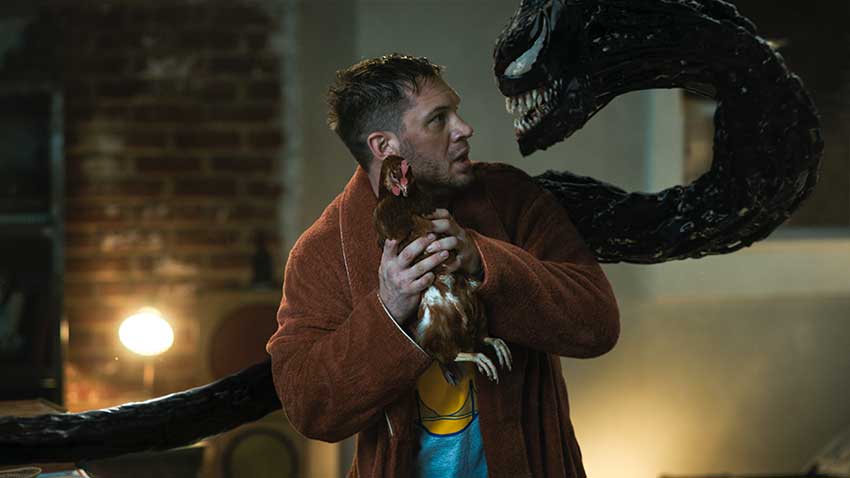 The sequel to VENOM is just around the corner, and Monday four new VENOM LET THERE BE CARNAGE character posters have arrived with Tom Hardy, Michelle Williams, Woody Harrelson and Naomi Harris featured on the key art. If you look closely, the poster hints that perhaps Williams will return to symbiote form perhaps to help Venom face Harrelson's Carnage and Harris' symbiote.

If you look at the Williams' character poster, there's a feminine form similar to the one she briefly became to save Eddie Brock from Drake's (Riz Ahmed) henchmen.

VENOM LET THERE BE CARNAGE will hit movie theaters on October 1st. The precious Andy Serkis (LORD OF THE RINGS, RISE OF THE PLANET OF THE APES) directs the script written by Hardy and Kelly Marcel.

Tom Hardy returns to the big screen as the lethal protector Venom, one of MARVEL’s greatest and most complex characters. Directed by Andy Serkis, the film also stars Michelle Williams, Naomie Harris and Woody Harrelson, in the role of the villain Cletus Kasady/Carnage.