Diego Boneta and Alexandra Daddario are in a Romeo and Juliet-type of relationship in DIE IN A GUNFIGHT, a stylish action movie coming to select theaters, on digital and On Demand on July 16, 2021, and on Blu-ray and DVD on July 20, 2021. Watch the new trailer and check out the poster. 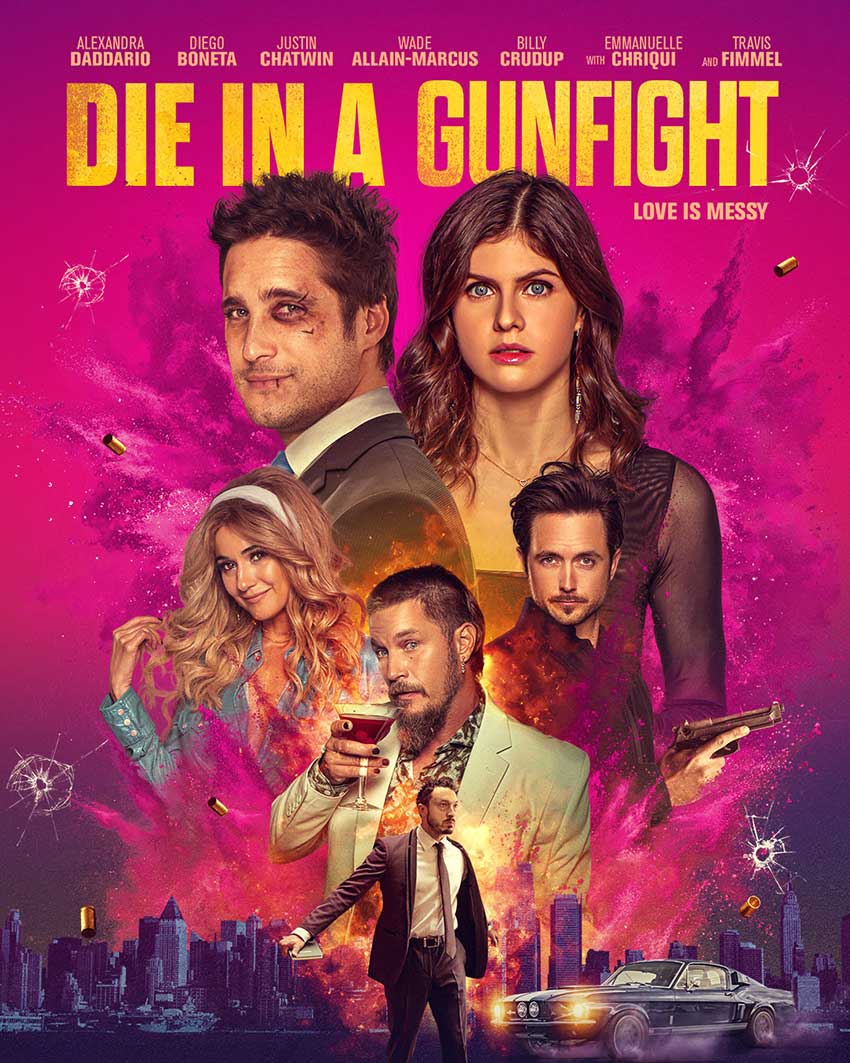 In DIE IN A GUNFIGHT, Mary (Alexandra Daddario) and Ben (Diego Boneta) are the star-crossed black sheep of two powerful families engaged in a centuries-long feud – and they’re about to reignite an affair after many years apart. Their forbidden love will trigger the dominoes that will draw in Mukul (Wade Allain-Marcus), Ben’s best friend, who owes him a life debt; Terrence (Justin Chatwin), Mary’s would-be protector-turned-stalker; Wayne (Travis Fimmel), an Aussie hitman with an open mind and a code of ethics; and his free-spirited girlfriend, Barbie (Emmanuelle Chriqui).  As fists and bullets fly, it becomes clear that violent delights will have violent ends.