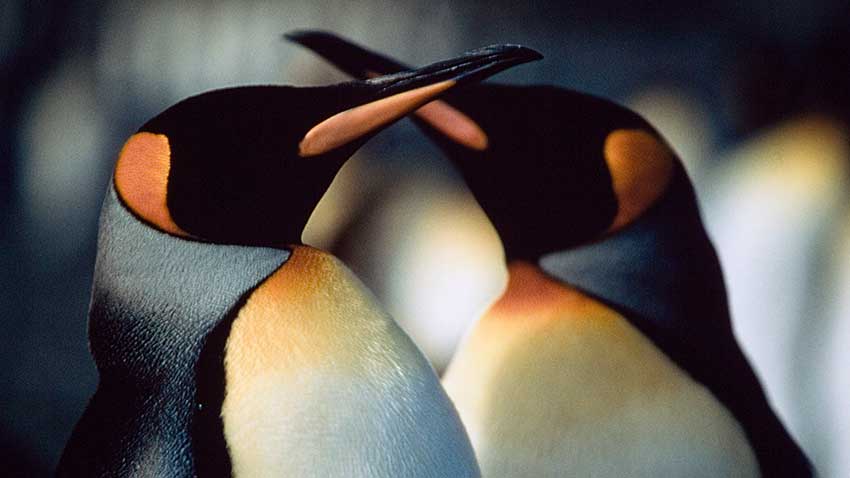 Cameron took a break from promoting AVATAR: THE WAY OF WATER to join National Geographic Content President Courteney Monroe onstage to announce his upcoming Earth Day specials. Before his appearance, it was revealed Natalie Portman would be narrating SECRETS OF THE ELEPHANTS, premiering on National Geographic on April 21, the next day on Disney+ (U.S. only, international to follow).

The award-winning filmmaker's next installments of his Emmy-winning National Geographic Earth Day franchise series are Secrets Of with Secrets Of The Bees and Secrets Of The Penguins.

“On the Avatar films, we're creating a fantasy view of nature but, thematically, underneath all that is this idea of the interconnectedness not only of nature itself but of us with nature, as inhabitants of nature,” says Cameron. “In the SECRETS series we try to forge an even more intimate and emotional connection with nature--to illuminate how these amazing creatures think, how they feel, how they communicate, how they function as complex societies and cultures.”

In 2024, Cameron returns to the ocean to explore Secrets Of The Octopus. Each series synopsis can be found below.

Cameron is keeping busy with Nat Geo. He also revealed a first look at TITANIC: 25 YEARS LATER WITH JAMES CAMERON, a documentary premiering on February 5 on National Geographic. A remastered version of TITANIC will be re-released in movie theaters on February 10. The documentary will address fan's theory that Jack didn't have to die if only Rose made room for him on the raft. Hypothermia experts will put the theory to the test once and for all. In addition, the documentary explores questions about the sinking and whether additional lifeboats on board would have saved more lives.

SECRETS OF THE BEES (Silverback Films)

Think “bee” and chances are the honeybee will come to mind; yet, there are over 20,000 species of bee on Earth. From mountains to deserts, plains to jungles, bees have conquered every continent on the planet except Antarctica. Their importance to both the natural and human worlds cannot be overestimated. But with the science around bees gathering attention, there’s never been a better time to showcase the intimate secrets of bees. Employing the very latest macro technology to capture the “bee-eye view,” witness intimate bee behaviors showcasing their acute intelligence. And with a uniquely designed beehive filming at the center of the action, cameras will capture the highs and lows of beehive family drama ― a queen bee working tirelessly to defend, feed and serve her family. At the end of the day, it’s all about the family. Emmy Award-winners James Cameron and Maria Wilhelm for Earthship are executive producers. For Silverback Films, the executive producers are Alastair Fothergill and Huw Cordey.

SECRETS OF THE PENGUINS (Talesmith)

Three years in the making, 20 years after the Academy Award®-winning “March of the Penguins,” SECRETS OF THE PENGUINS will tell a brand new, world-first story on the charismatic, plucky and sentient birds at the other end of the Earth. Using newly developed technology, world-class scientific research and unprecedented access, National Geographic will unlock the secrets of the species that make their home in surprising and challenging landscapes around the world.

Over three episodes, the series unlocks previously untold stories and revelatory behaviors from global penguin societies, quick to feel love, hate or fear. Antarctica’s strong, powerful but sensitive emperors battle to survive on the dangerous front line of climate change. The street-smart African and little blue penguins live in cities, deserts and beyond, relying on tenacious and “talkative” adolescents to forge new paths into the unknown. Powerful modern themes emerge among the macaronis and chinstraps of wild South Georgia, from strong female leadership to diversity, crime and extreme bravery. Their moving narratives will astonish and inspire, showing penguins to be more like us than we ever realized before.

SECRETS OF THE ELEPHANTS

Natalie Portman (“Thor: Love & Thunder”) will narrate the upcoming Earth Day series, SECRETS OF THE ELEPHANTS, premiering on National Geographic on April 21, next day on Disney+ (U.S. only, international to follow). Elephants have long been a source of wonder and mystery with their rich emotional lives and almost supernatural ways of navigating the world. In SECRETS OF THE ELEPHANTS, we travel the globe to meet different families of elephants ― desert elephants, forest elephants, Asian elephants and African savannah elephants ― and each has an incredible story of intelligence, grace and survival to tell. Emmy Award-winners James Cameron and Maria Wilhelm for Earthship are executive producers. Lucinda Axelsson is the executive producer for Oxford Scientific Films.