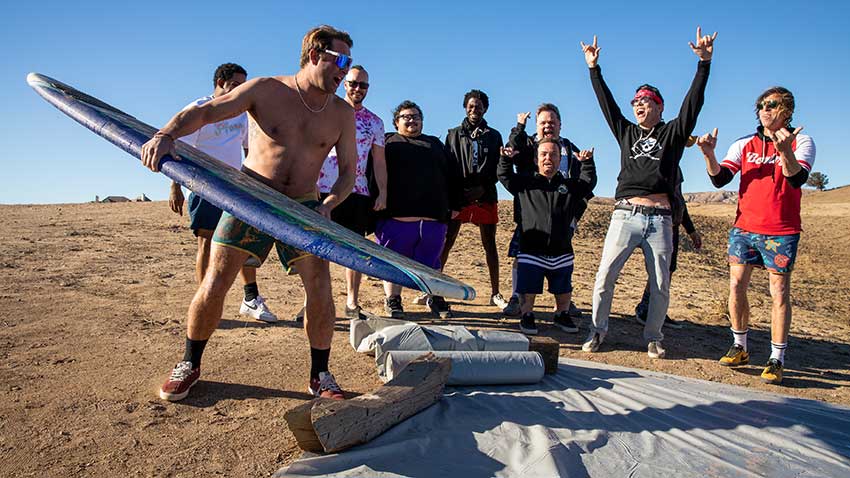 The Jackass team return to their old hijinks eleven years after the last escapades in JACKASS FOREVER with some new recruits. The OG crew of Johnny Knoxville, Spike Jonze and star/director Jeff Tremaine reminisce about the good old days as youngsters running pranks. Watch the new featurette.

JACKASS FOREVER is in movie theaters on February 4th.

More about JACKASS FOREVER
Celebrating the joy of being back together with your best friends and a perfectly executed shot to the dingdong, the original jackass crew return for another round of hilarious, wildly absurd, and often dangerous displays of comedy with a little help from some exciting new cast. Johnny and the team push the envelope even further in jackass forever.