New Trailer: Adam Driver Time Travels Back to the Jurassic Age in '65' Movie 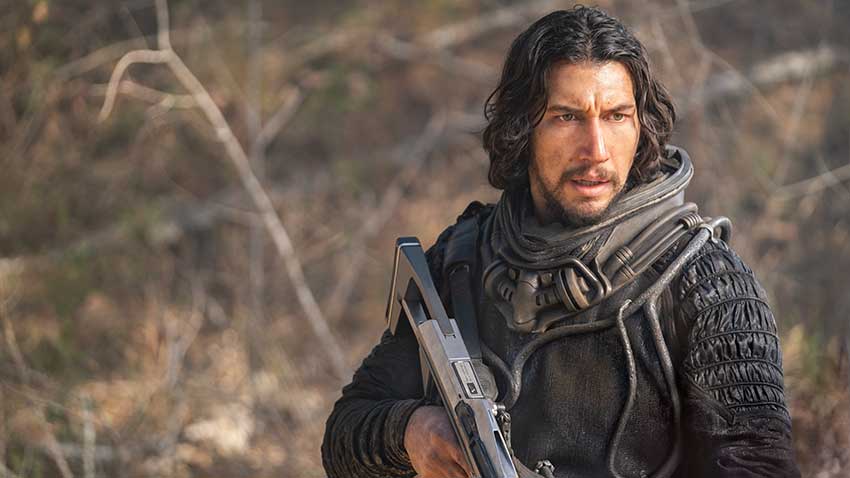 Adam Driver returns to space for the sci-fi thriller for 65, from the writers of A QUIET PLACE and producer Sam Raimi. The new trailer opens with Driver's character transporting human cargo in space to another planet when he crashes on an alien planet that turns out to be prehistoric Earth 65 million years ago. Hence the title. I sense a twist.

Adam Driver is fighting Jurassic-sized threats in 65 with a newfound companion played by Ariana Greenblatt.

65 will arrive in movie theaters on March 10.

Official Synopsis
After a catastrophic crash on an unknown planet, pilot Mills (Adam Driver) quickly discovers he’s actually stranded on Earth…65 million years ago. Now, with only one chance at rescue, Mills and the only other survivor, Koa (Ariana Greenblatt), must make their way across an unknown terrain riddled with dangerous prehistoric creatures in an epic fight to survive.