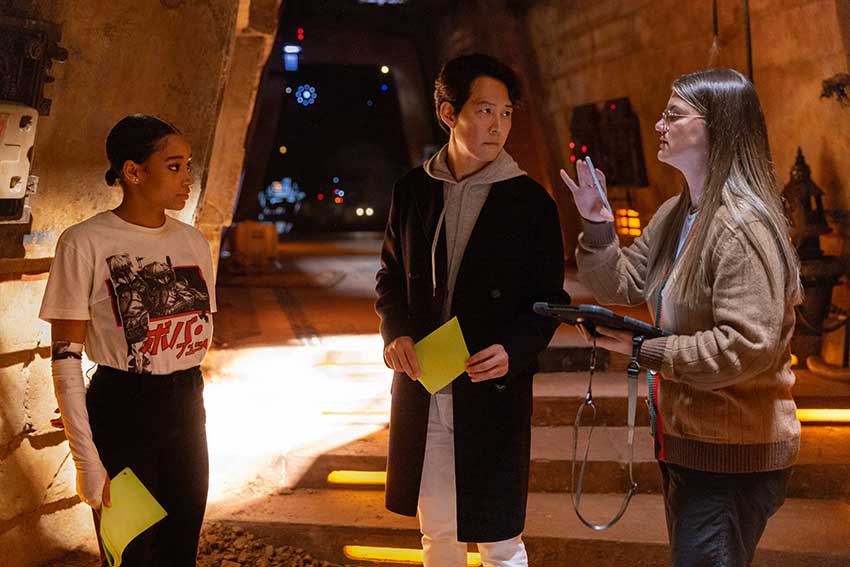 Carrie-Ann Moss (MATRIX), Dafne Keen (LOGAN) and Squid Game's Lee Jung-iae, Manny Jacinto (Nine Perfect Strangers) and Jodie Turner-Smith (WITHOUT REMORSE) joined Disney+'s Star Wars series, The Acolyte which started production in the U.K. this week. They join previously announced lead Amandla Stenberg (THE HATE U GIVE) for what is described as a mystery-thriller in the synopsis. Read on for the actors cast in roles.

Landing Moss, Jung-iae and Keen are quite the get and make the show much more interesting for a show that was announced two years ago but shrouded in secrecy. Rebecca Henderson (Inventing Anna), Charlie Barnett (Russian Doll), Dean-Charles Chapman (1917) were also announced as new cast members. Russian Doll showrunner Leslye Headland will head the show as the creator, showrunner and executive producer.

The Disney announcement also included a synopsis for the Star Wars spin-off which is described as a "mystery-thriller" in the galaxy.

“The Acolyte” is a mystery-thriller that will take viewers into a galaxy of shadowy secrets and emerging dark-side powers in the final days of the High Republic era. A former Padawan reunites with her Jedi Master to investigate a series of crimes, but the forces they confront are more sinister than they ever anticipated.