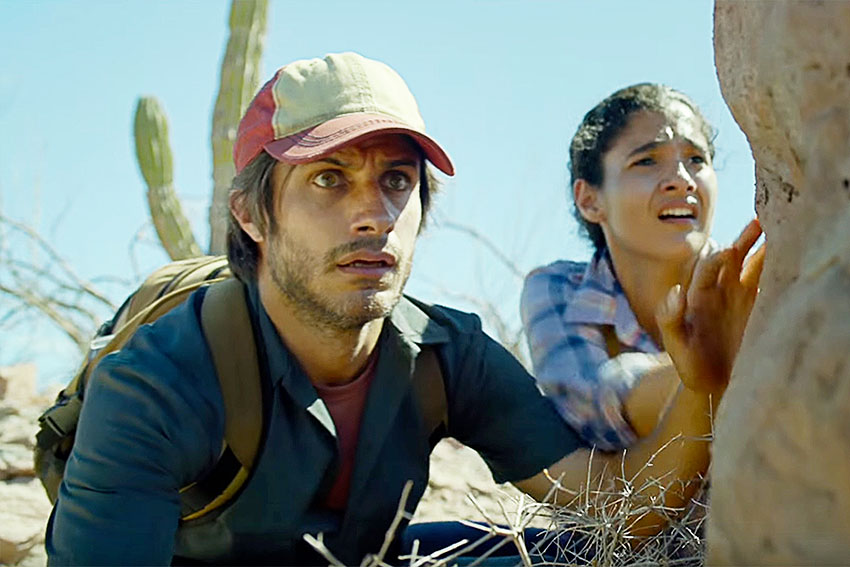 DESIERTO starring Gael Garcia Bernal and Jeffrey Dean Morgan opens in the States October 14, but the horror movie directed by Jonás Cuarón opened in Mexico earlier this year, and Donald Trump helped sell it, sort of.

DESIERTO, Mexico’s official selection for Best Foreign Language Film, tackles the perilous journey of a group of hardworking migrant workers trying to find a better life in the U.S. who are targeted by a crazed anti-immigrant sniper.

While it may seem the plot was inspired during Donald Trump’s presidential run, the script by Jonás Cuarón was written years ago. However, the premise of the movie isn’t so far-fetched now with all the negative rhetoric about undocumented immigrants coming from Trump. For that reason, Trump’s speech seems fitting to play over the trailer which was created for the Mexican marketing campaign.