The EVIL DEAD movie poster promises the reboot of EVIL DEAD is "The Most Terrifying Film You Will Ever Experience."  Based on the second trailer for the horror film, do you think Sony Pictures can deliver on that pledge?  Rate the movie trailer. 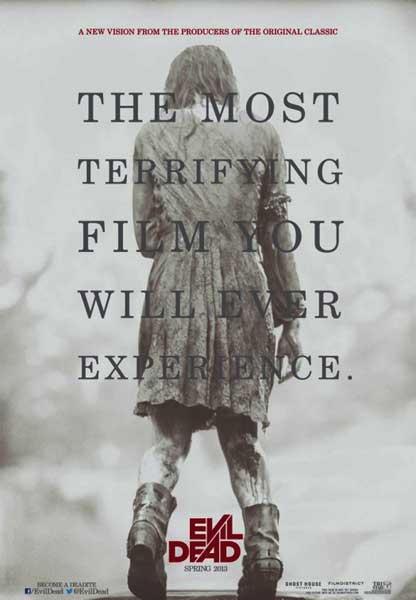 The campy 1981 Sam Raimi-directed Evil Dead launched the director and the horror genre into mainstream.  Thirty years later, Sony Pictures reboots EVIL DEAD, and by the looks of the trailer, the advancement in technology gives this version an advantage over the original. But scares aren't all about the special effects rather the story as the original campy movie proved.  Watch teaser trailer.

Official Synopsis:
In the much anticipated remake of the 1981 cult-hit horror film, five twenty-something friends become holed up in a remote cabin. When they discover a Book of the Dead, they unwillingly summon up dormant demons living in the nearby woods, which possess the youngsters in succession until only one is left intact to fight for survival.