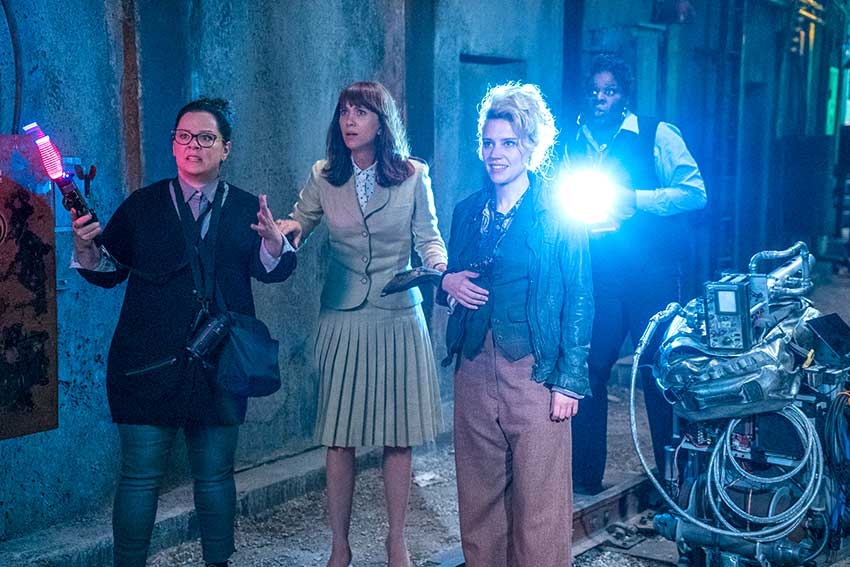 The anticipation is killing us as the release date for the all-women ghost busting team approaches for GHOSTBUSTERS starring Kristin Wiig, Melissa McCarthy, Leslie Jones, Kate McKinnon and Chris Hemsworth as a himbo (male version of a bimbo).  The actors come together on the final one-sheet for the reboot.

GHOSTBUSTERS opens July 15, and we're hoping it makes tons of money at the box office to prove to the naysayers that women can rule blockbusters as well. The Paul Feig-directed comedy has received a lot of online hate for the audacity of the director to hire an all female cast. If male actors had been cast in the iconic roles, there wouldn't even be a whisper of negativity from the chauvinistic populace.

Let's not forget Chris Hemsworth is also in the film so what's not to further rejoice? CineMovie will be watching GHOSTBUSTERS July 7, and the anticipation is killing us. 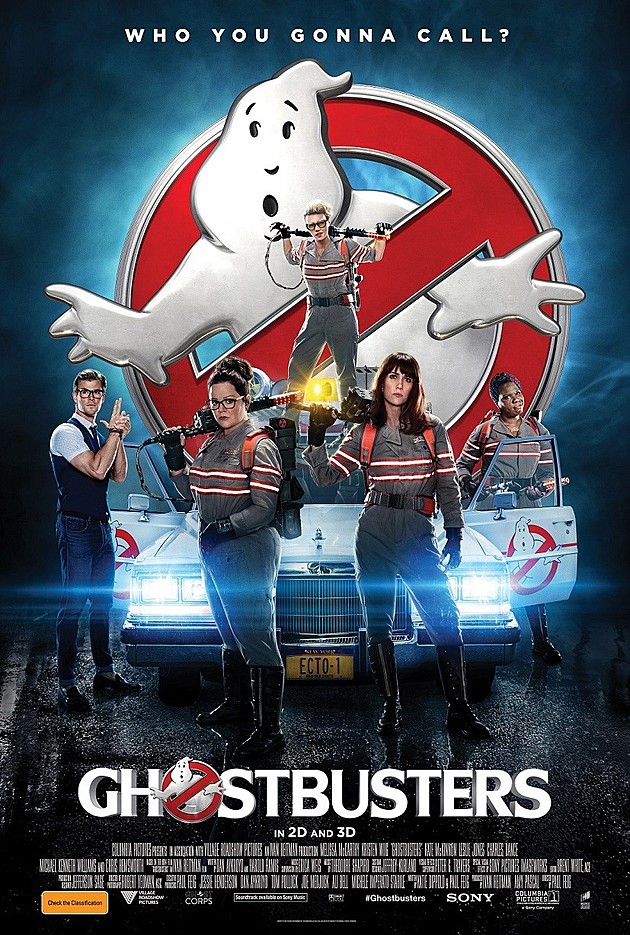