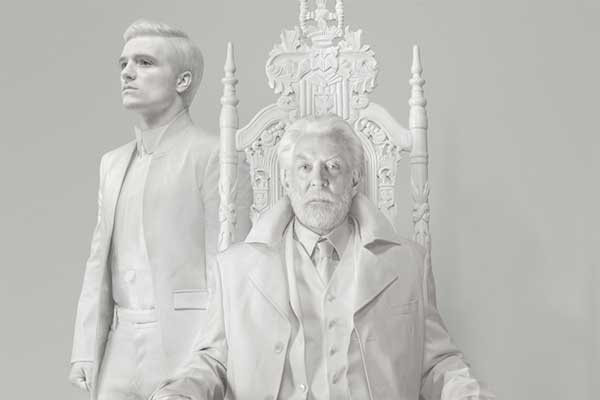 Donald Sutherland is one threatening President in THE HUNGER GAMES: MOCKINGJAY PART 2 as he readies for a revolution led by Katniss Evergreen (Jennifer Lawrence), and in this new video President Snow addresses the Citizens of Panem.

When we last see Katniss in THE HUNGER GAMES: MOCKINGJAY PART 1, she is rescued by Finnick and Plutarch who are staging for a rebellion against the Capitol. President Snow issues a mandate with an official Panem Address, “Together as One” in response to their actions, and Peeta (Josh Hutcherson) looks like he may be in some trouble or at least brainwashed.  Snow is inspiring loyalty but underneath those words is a direct threat to Katniss and her group.

You can register for more updates from the Capitol at www.TheCapitol.PN. THE HUNGER GAMES: MOCKINGJAY PART 2 is set for release on November 20, 2015.