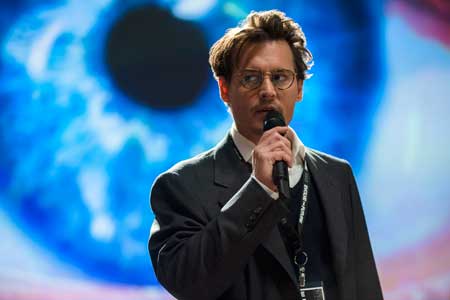 Johnny Depp is trying to kill off mankind in the new action thriller, TRANSCENDENCE. Johnny Depp isn't the hero in this new preview for the film. Watch the second trailer and new images.

Johnny Depp is Dr. Will Caster, a scientist trying to create the ultimate Artificial Intelligence with a full range of emotions.  When an anti-technology group shoots him in order to to stop him his work, they only make it more of a reality when he becomes the AI, but a dangerous one.