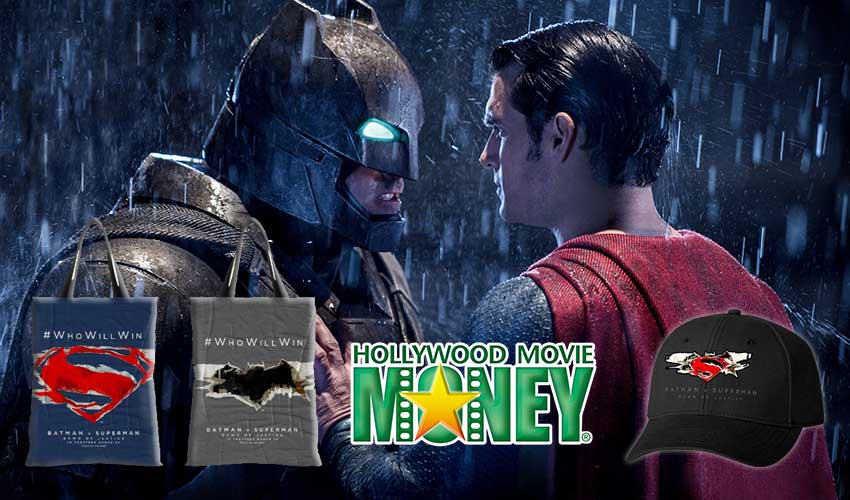 The DC showdown between Batman and Superman will be in theaters March 25, and to celebrate CineMovie is giving away a BATMAN V SUPERMAN: DAWN OF JUSTICE Prize Pack with tote bags, hat and Hollywood Movie Money to five lucky winners. Read on to find out how to enter.

Fearing the actions of a god-like Super Hero left unchecked, Gotham City’s own formidable, forceful vigilante takes on Metropolis’s most revered, modern-day savior, while the world wrestles with what sort of hero it really needs. And with Batman and Superman at war with one another, a new threat quickly arises, putting mankind in greater danger than it’s ever known before.

To enter the BATMAN V SUPERMAN: DAWN OF JUSTICE Prize Pack Giveaway, click on the Entry Form below.

PROMOTION DESCRIPTION:  BATMAN V SUPERMAN: DAWN OF JUSTICE Prize Pack (“Sweepstakes”) begins on or about March 14, 2016 at 6:00 p.m. Eastern Time ("ET") and ends on March 25, 2016 at 11:59 p.m. ET (the “Sweepstakes Period”).  At the end of the Sweepstakes Period, a random drawing will be conducted to select winners from among all eligible entries received, as more fully set forth in the OFFICIAL RULES.  Entry in the Sweepstakes does not constitute entry into any other promotion, contest or sweepstakes.  By participating in the Sweepstakes, each entrant unconditionally accepts and agrees to comply with and abide by these Official Rules and the decisions of CineMovie TV, 2700 Arlington Ave. Ste. 101 Torrance, CA  90501 (“Sponsor”), which shall be final and binding in all respects.