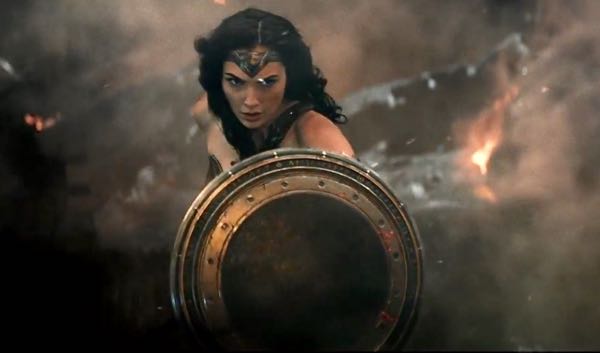 Wow! The new trailer for BATMAN V SUPERMAN: DAWN OF JUSTICE has revealed lots of new goodies. Wonder Woman saves the dynamic duo not from each other, but from a greater threat, and we're not talking Lex Luthor.  Watch before you read on for the surprise we got.

In the new preview, we see more Batman v Superman action, but more importantly they will have to put their differences aside for a common enemy, and that enemy is a resurrected General Zod a la Frankenstein thanks to Jesse Eisenberg's Lex Luthor. Gal Gadot makes a grand entrance as Wonder Woman, and she looks badass.