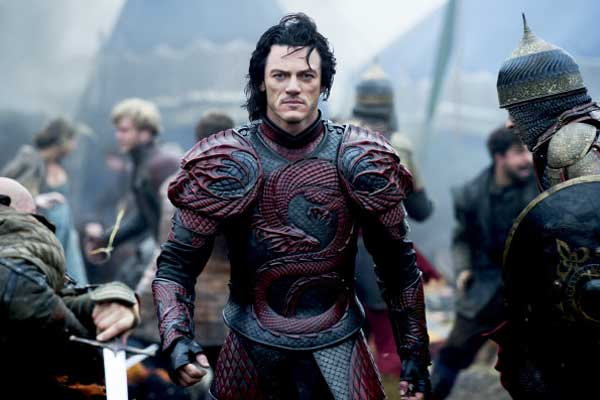 Luke Evans stars in a dracula origins story, and CineMovie has an advance screening of DRACULA UNTOLD with guaranteed seating in 9 cities nationwide. Read on to find out how to enter.

"Every Bloodline Has a Beginning" is the featured tagline on the new one-sheet for DRACULA UNTOLD and it pretty much sums up the plot of the new film. Luke Evans stars as the man who eventually becomes Dracula as we know it, but the movie poster features Evans in armor presumably as the Royal warriorVlad before he is cursed to a life of sucking necks. The gothic looking-poster also features a cool cape that transforms into flying bats that suggest what he will eventually become. Watch trailer.

To enter DRACULA UNTOLD Movie Ticket Giveaway, click on the Entry Form below.

PROMOTION DESCRIPTION: DRACULA UNTOLD Giveaway (“Sweepstakes”) begins on or about September 29, 2014 2013 at 6:00 p.m. Eastern Time ("ET") and ends on October 6, 2014 at 11:59 p.m. ET (the “Sweepstakes Period”).  At the end of the Sweepstakes Period, a random drawing will be conducted to select winners from among all eligible entries received, as more fully set forth in the OFFICIAL RULES.  Entry in the Sweepstakes does not constitute entry into any other promotion, contest or sweepstakes.  By participating in the Sweepstakes, each entrant unconditionally accepts and agrees to comply with and abide by these Official Rules and the decisions of CineMovie TV, 2700 Arlington Ave. Ste. 101 Torrance, CA  90501 (“Sponsor”), which shall be final and binding in all respects.