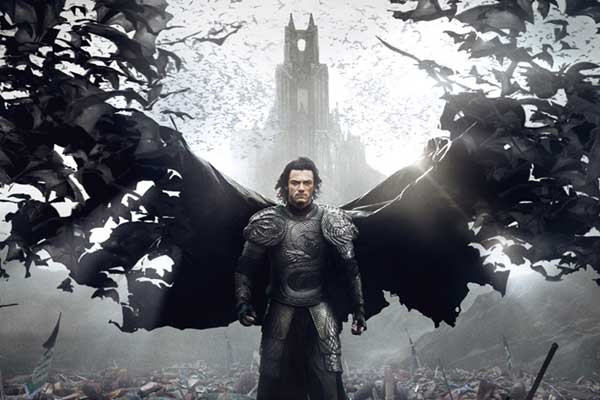 The Dracula origins story has arrived with Luke Evans playing the most portrayed character in cinematic history in DRACULA UNTOLD. The cool gothic movie poster has been released for the action-adventure.

"Every Bloodline Has a Beginning" is the featured tagline on the new one-sheet for DRACULA UNTOLD and it pretty much sums up the plot of the new film. Luke Evans stars as the man who eventually becomes Dracula as we know it, but the movie poster features Evans in armor presumably as the Royal warriorVlad before he is cursed to a life of sucking necks. The gothic looking-poster also features a cool cape that transforms into flying bats that suggest what he will eventually become.

We're definitely excited to see the first preview but in the meantime, the poster is a great tease. 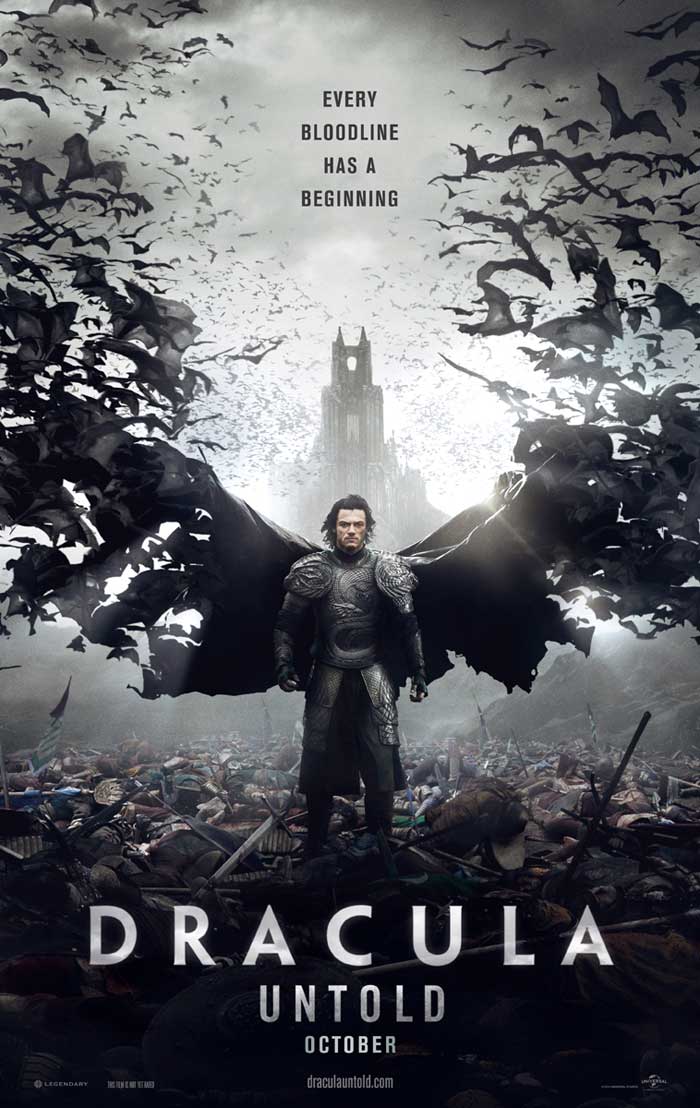