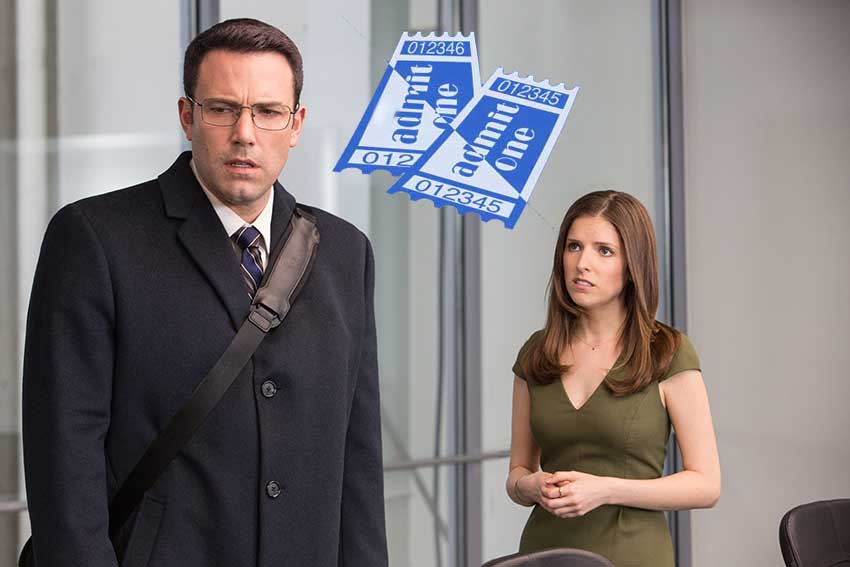 Attend the red carpet Los Angeles premiere of THE ACCOUNTANT with Ben Affleck, Anna Kendrick, Jon Bernthal and J.K Simmons and director Gavin O'Connor on Monday, October 10 in Hollywood. CineMovie has 2 pairs of tickets to giveaway.

Christian Wolff (Affleck) is a math savant with more affinity for numbers than people. Behind the cover of a small-town CPA office, he works as a freelance accountant for some of the world’s most dangerous criminal organizations. With the Treasury Department’s Crime Enforcement Division, run by Ray King (J.K. Simmons), starting to close in, Christian takes on a legitimate client: a state-of-the-art robotics company where an accounting clerk (Anna Kendrick) has discovered a discrepancy involving millions of dollars. But as Christian uncooks the books and gets closer to the truth, it is the body count that starts to rise. Watch Trailer

To enter the THE ACCOUNTANT Ticket Giveaway, click on the form below.

NO PURCHASE NECESSARY. WINNER MUST RESIDE IN THE LOS ANGELES AREA

PROMOTION DESCRIPTION:  THE ACCOUNTANT Ticket Giveaway (“Sweepstakes”) begins on or about September 27, 2016 at 6:00 p.m. Eastern Time ("ET") and ends on October 8, 2016 at 11:59 p.m. ET (the “Sweepstakes Period”).  At the end of the Sweepstakes Period, a random drawing will be conducted to select winners from among all eligible entries received, as more fully set forth in the OFFICIAL RULES.  Entry in the Sweepstakes does not constitute entry into any other promotion, contest or sweepstakes.  By participating in the Sweepstakes, each entrant unconditionally accepts and agrees to comply with and abide by these Official Rules and the decisions of CineMovie TV, 2700 Arlington Ave. Ste. 101 Torrance, CA  90501 (“Sponsor”), which shall be final and binding in all respects.