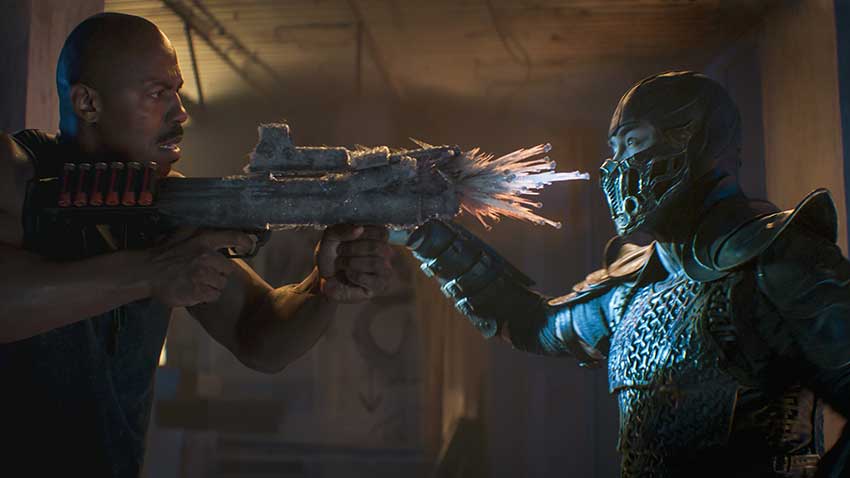 MORTAL KOMBAT producer Todd Garner and Director Simon McQuoid reveal to CineMovie why they left out Johnny Cage as a lead and other popular characters from the #videogame for the first movie in the rebooted franchise. The director also talks about the challenge of shooting martial arts sequences with visual special effects. (Interview Embargo lifts March 17 8amPT - Set Reminder To Watch Below)

Beloved characters such as Sub-Zero, Kano, Sonya Blade, Liu Kang, Kung Lao and others will be featured in the modern reboot, however, the popular Johnny Cage character will not be part of the main crew. The producer explains to CineMovie why, and how some of the decisions about which characters were left behind were based on the budget and technical possibilities.

The director also discusses how the fight sequences took a huge crew to accomplish given that the fight choreography is accompanied by visual effects. Listen to what both filmmakers had to say during a Zoom sit down.

MORTAL KOMBAT will be released in movie theaters and on HBO Max for 31 days.

In “Mortal Kombat,” MMA fighter Cole Young, accustomed to taking a beating for money, is unaware of his heritage—or why Outworld's Emperor Shang Tsung has sent his best warrior, Sub-Zero, an otherworldly Cryomancer, to hunt Cole down. Fearing for his family's safety, Cole goes in search of Sonya Blade at the direction of Jax, a Special Forces Major who bears the same strange dragon marking Cole was born with. Soon, he finds himself at the temple of Lord Raiden, an Elder God and the protector of Earthrealm, who grants sanctuary to those who bear the mark. Here, Cole trains with experienced warriors Liu Kang, Kung Lao and rogue mercenary Kano, as he prepares to stand with Earth’s greatest champions against the enemies of Outworld in a high stakes battle for the universe. But will Cole be pushed hard enough to unlock his arcana—the immense power from within his soul—in time to save not only his family, but to stop Outworld once and for all?

New Line Cinema Presents an Atomic Monster/Broken Road Production, “Mortal Kombat.” The film is set for release nationwide on April 16, 2021 in theaters and will be available in the U.S. on HBO Max for 31 days from theatrical release. It will be distributed worldwide by Warner Bros. Pictures.