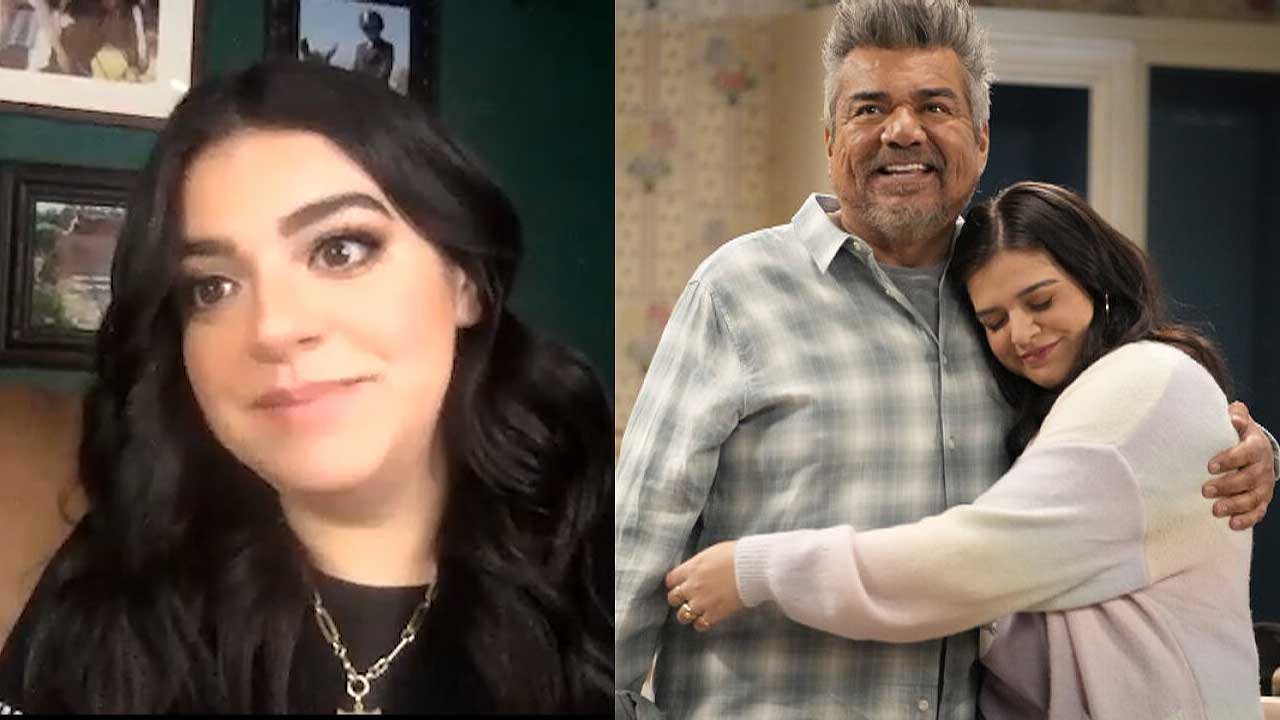 Every Friday night on NBC, George Lopez and his daughter Mayan Lopez are taking their real-life beef to television in their sitcom, Lopez vs Lopez. Mayan and Lopez vs Lopez executive producer Debby Wolfe talk to CineMovie about airing out their daddy issues on broadcast television.

Mayan and George Lopez were estranged for years until the pandemic reunited them. In our interview with Mayan and Debby, the actress reveals how the Lopez vs Lopez sitcom came about from her Tik Tok videos. The show reflects the mending of that relationship in a comedic way.  She reveals to CineMovie how the show is playing out with their relationship.

MORE ABOUT LOPEZ VS LOPEZ
George Lopez is back in primetime and this time he’s bringing his real-life daughter, Mayan. This hilarious and heartwarming comedy tells the story of a working-class old-school Latino who moves in with his modern Gen Z daughter as they rebuild their dysfunctional relationship one argument at a time. It’s old vs. new, father vs. daughter, Lopez vs. Lopez.

“Lopez vs Lopez” is produced by Universal Television, a division of Universal Studio Group in association with Mohawk Productions, Travieso Productions, Mi Vida Loba and 3 Arts.