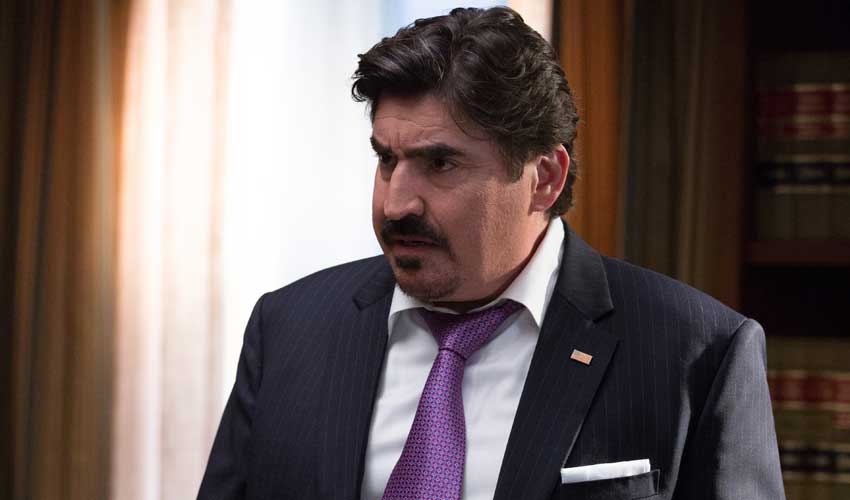 Actor Alfred Molina has a varied filmography spanning across all genres in both mainstream and independent films. The British-born actor is currently starring in SECRET IN THEIR EYES opposite Julia Roberts, Nicole Kidman and Chiwetel Ejiofor. The son of Spanish and Italian immigrant parents, Molina tells CineMovie he was thrilled SECRET IN THEIR EYES reflected the cultural diversity of the setting.

As an immigrant himself in Los Angeles, Molina says he sees his Spanish surname everywhere such as the name of a large medical group, politicians and everyday life in Southern California where the actor lives. However, Spanish surnames are rarely portrayed in positions of power in both film and television. That’s not the case in SECRET IN THEIR EYES in which Molina’s character, Martin Morales, heads up the District Attorney’s anti-terrorist task force in Los Angeles.  As DA Morales, he hinders the murder investigation and butting heads with Chiwetel Ejiofor’s Ray, an FBI investigator obsessed with taking down his partner’s (Julia Roberts) daughter’s killer who happens to be a protected federal witness.

Not only is Molina playing a Latino, but the film boasts two equally juicy roles for actresses (Roberts, Nicole Kidman) along with a starring role for a black actor (Ejiofor). Molina credits director Billy Ray (Captain Phillips) for the outstanding and diverse cast.

“Billy was very conscious of wanting to reflect the reality of what it’s like to live in Los Angeles these days. Spanish is very much the second language in Southern California. It would’ve been a mistake to homogenize the casting in some way.”

Molina is very aware of the issue regarding diversity. Born in England to a Spanish-born father and an Italian mother, Molina tells CineMovie his parents, both immigrants in England, met in the late 40s and married.  He can relate to the immigrant experience since he moved to Los Angeles for his career. “I’ve very much continued the family tradition.” 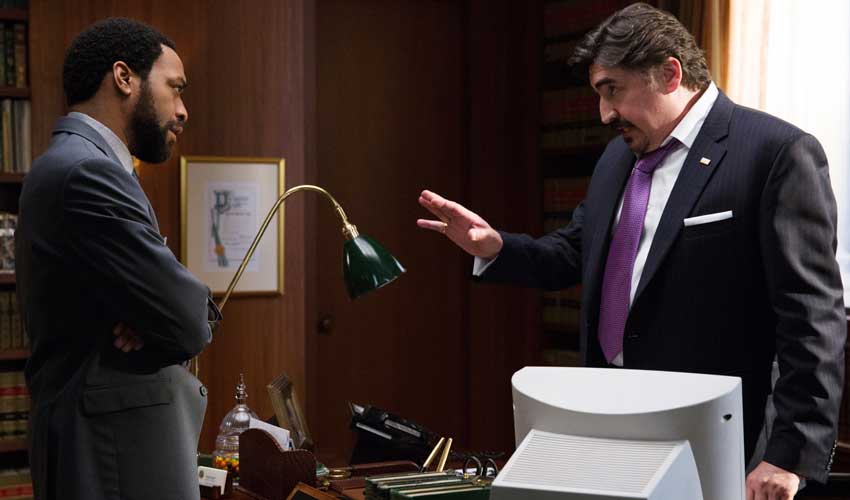 As a result of his upbringing. Molina understands Spanish more than he can speak it. He admits his vocabulary is limited, but he can understand it “quite well,” except when he travels to Mexico where he often asks the residents to speak a bit slower.

Interview: Julia Roberts On Toning Down Her Looks for SECRET IN THEIR EYES

Most moviegoers will recognize Alfred Molina as the villain Doc Ock in Spider-Man 2, but his first big movie role was in Raiders of the Lost Ark. When asked about his thoughts on Hollywood's trend to reboot those two successful franchises he participated in, the actor doesn't seem to mind the trend.

“Filmmaking is a business after all. If you have a formula that seems to be working. Why mess with it?"

Molina has worked in small-budgeted films and blockbusters with massive budgets, but he says they are "completely different universes." That's because of two important elements, he adds. One is "purely industrial" while the other his an artistic and creative element. Those two schools of thoughts will always clash and cause "tension." Movie-making is a costly business, so it makes sense like that of any other business, the suits will "lean towards a product that has better return."

Luckily the business side is not something he needs to be concerned with as long as the roles keep coming in. Is there still a dream role or passion project Alfred Molina would like to tackle?

“The dream role is the one that is yet to come. Every role has its on own merits and I make the most of it.“