Behind the Scenes of THE PURGE: ANARCHY with Frank Grillo & Zach Gilford 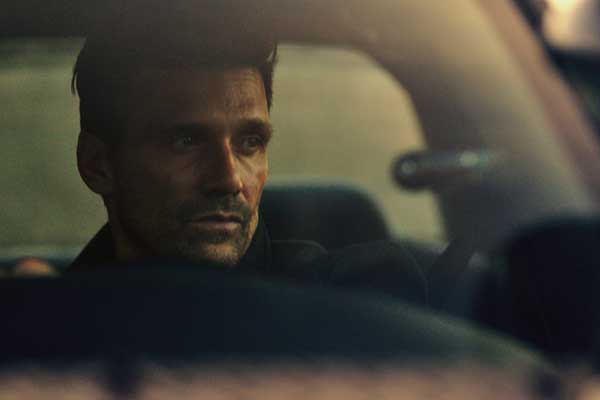 THE PURGE: ANARCHY’s Frank Grillo and Zach Gilford had their own horrifying moment in the making of the film when hundreds of rats descended on them in a Los Angeles alley.

In PURGE: ANARCHY a group of strangers band together to survive the night of the Purge in Los Angeles when violence is sanctioned. The film stars Frank Grillo and Zach Gilford (“Friday Night Lights”), Gilford’s real-life wife Kiele Sanchez (“The Glades”) and Carmen Ejogo (“Alex Cross,” “Pride & Glory”)

We know Frank Grillo as a tough guy in movies like “Captain America: The Winter Soldier,” “Zero Dark Thirty” and “Warrior,” but when it came to facing hundreds of rodents in a downtown L.A. alley at four in the morning while shooting the sequel to The Purge, he went weak in the knees.

“Did you know how many rats there are in the streets of Los Angeles? I live in NYC. I grew up in the South Bronx. You want to talk about rats. They’re rats like German Shepherds. I’ve never seen so many rats in my life. There are a lot of rats in L.A.” 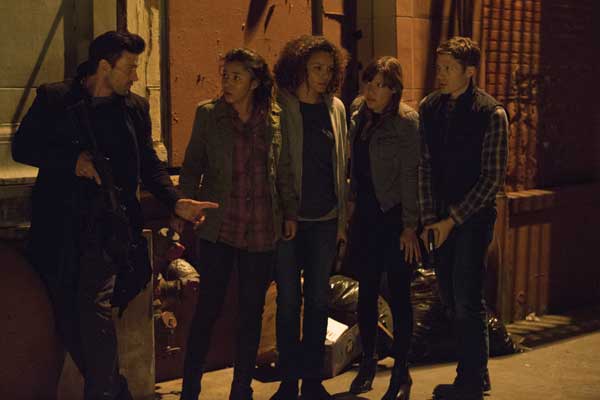 Grillo jokes that the rats came out to watch a fellow rodent star in THE PURGE: ANARCHY. The scene called for a rat to jump on one of the female characters, but a trained animal was used for the shot.

“Hundreds of rats were coming out of the building. I think to watch their friend the rat who made it.”

Grillo adds that the rats were not afraid of humans, and three production personnel had to shoo the pesky critters away.

Grillo’s co-star Zach Gilford reveals scaring them away wasn’t enough and each time they started shooting the rats got even closer. “That was pretty terrifying,” says THE PURGE: ANARCHY star. 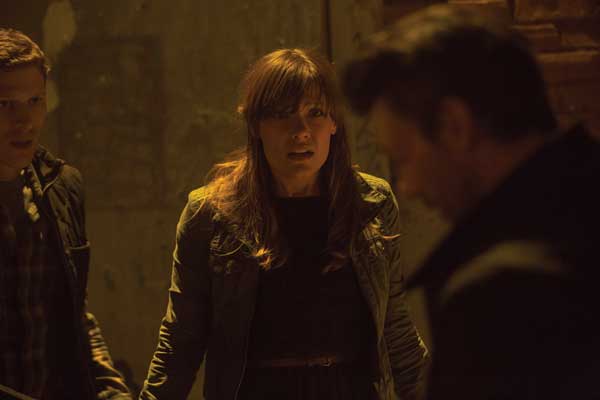 Another intruder also interrupted the production of the movie while shooting on the streets of Downtown L.A. According to Gilford, a “drunk dude” walked freely through the set and urinated against a building where they were shooting. Unfortunately for the cast and crew, they continued working in the same area much to their dismay.

“Everyone was ‘really! We really just have to work right here.’”

Unfortunately, the cast had their own smell-a-vision going on for that scene.

Besides the outside interruptions, the cast and crew were sleep deprived as the majority of the scenes were shot overnight until the early morning. Gilford didn’t see daylight for four days straight, but he credits the lack of sleep with adding to the character’s desperation. “It helps play into what you’re going through.”

Grillo agrees his sleep deprivation added to the intensity of his character, but the actor who suffers from insomnia claims he was so “kooky” from the lack of sleep that he started seeing things.

He recalls the vision being “clear as day,” and he wanted to tell others but he was afraid of what they might say. 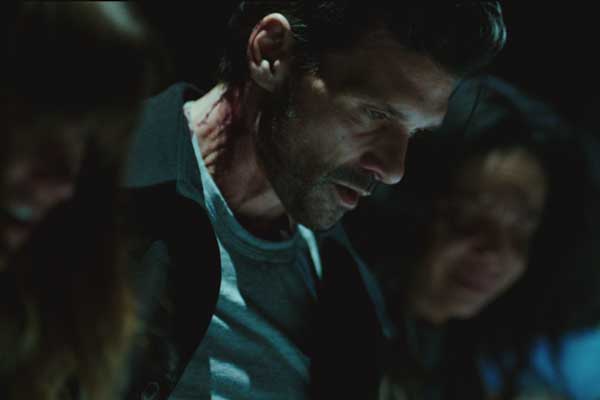 Grillo also gave us a behind the scenes scoop on a disagreement over the death of a character. The filmmakers behind THE PURGE: ANARCHY wanted a female villain killed by Grillo’s character, but the studio didn’t want Sergeant to come off as unlikeable. Then one of the notes suggested Sergeant headbutt her instead. Grillo didn’t like either option but did he win that argument? Since we don’t want to give it away, you’ll have to watch the movie to find out.

THE PURGE: ANARCHY is now in movie theaters.