'Mad Max: Fury Road' Star Charlize Theron Thankful She Wasn’t in a Push-Up Bra & Allowed To Be An Everyday Woman 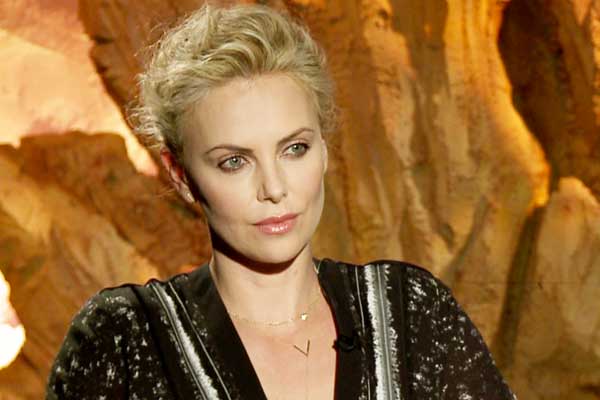 Charlize Theron’s Furiosa in MAD MAX: FURY ROAD might be madder than Mad Max. Theron is surrounded by dozens of strong women in the George Miller reboot of the Mad Max series, but she doesn’t view them as super women with powers but rather your average woman fighting for her life. She’s extremely thankful to Miller for trusting her with the role and not turning it into another sexy heroine in a push-up bra.  Listen to the interview.

At a recent press conference in Los Angeles, Charlize Theron admitted she was weary when she first heard of the female lead starring alongside Tom Hardy’s Mad Max. She assumed Furiosa in MAD MAX: FURY ROAD would be in the “back of the frame with a push-up bra and a whisk of hair in her mouth.” The “cynic” in her wanted to make sure she didn’t play that type of sexualized female and she made the bold move to shave her head herself after getting Miller’s permission. Luckily George Miller was the “rare filmmaker” who embraced women, and wrote a relatable character and surrounded her with a dozen equally capable or “authentic” women.

The MAD MAX: FURY ROAD star also commented that while the action genre tends to sexualize women, dramas always places women in one of two roles in the Madonna complex - “she’s either the really good hooker or the really good mom.” Women are much more than what movies paint them as and she hopes that roles for actresses will expand to include more.

In the audio below, she further adds to the subject of women in film. Take a listen.