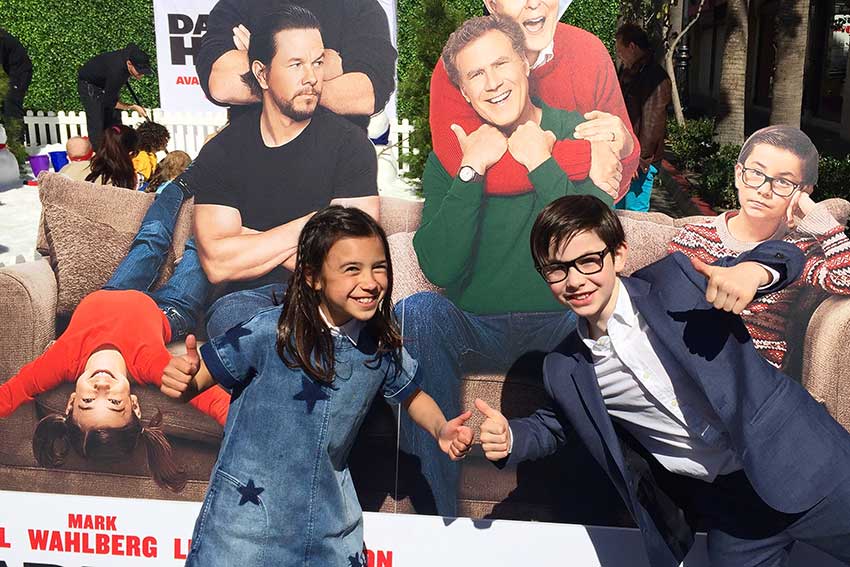 CineMovie hung out with DADDY'S HOME 2 child stars Scarlett Estevez and Owen Vaccaro who reveal which actor was the funniest, who had some serious ballet moves and what it's like for a child actor on set.

Mel Gibson and John Lithgow join Will Ferrell and Mark Wahlberg in the sequel to DADDY's HOME as the grandpas of the family. It’s more daddies and more problems in the uproarious family comedy DADDY’S HOME 2 now on 4K Ultra HD, Blu-ray and DVD and Digital from Paramount Home Media Distribution.

When it comes to raising their kids, Dusty (Mark Wahlberg) and Brad (Will Ferrell) finally have this co-parenting thing down. That is, until Dusty’s macho dad (Mel Gibson) and Brad’s sweet-natured father (John Lithgow) come to town, throwing the whole family into complete chaos.

Behind The Scenes with 'Daddy's Home 2' Cinematographer Julio Macat

Child actors Scarlett Estevez and Owen Vaccaro reprise their roles as Megan and Dylan in DADDY'S HOME 2. The two adorable actors worked with an amazing cast so we wanted to know some of the secrets from the set about their costars personalities.  Many would think Ferrell would be the funniest person on set, but the young actors tell CineMovie it was a tie between Mel Gibson and Mark Wahlberg. They recount some of the funny stories from the set during our interview with the DADDY'S HOME 2 stars in Los Angeles at The Grove.

You can catch Scarlett Monday's on FOX's Lucifer and Owen will star opposite Jack Black in THE HOUSE WITH A CLOCK IN ITS WALLS opening in September.