Danny Trejo On Wearing Daisy Dukes in 'Muppets Most Wanted' 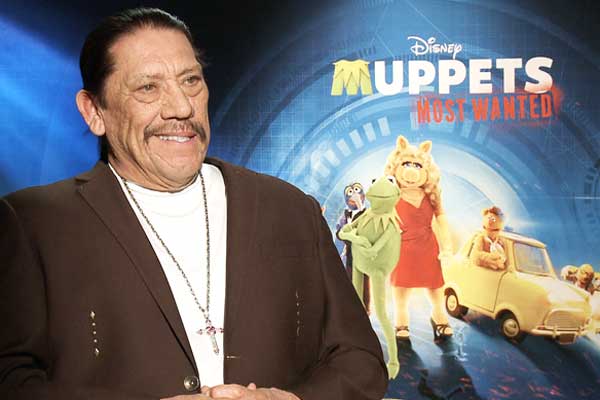 Danny Trejo puts on some daisy dukes, crop tops and sings with Kermit in MUPPETS MOST WANTED, and he's telling us why he's man enough to do it.

Danny Trejo joins the Muppets in their new adventure, MUPPETS MOST WANTED. In the new movie, Trejo plays Kermit's inmate in a Russian prison.  Tina Fey is the Russian prison guard Nadya and she wants to put on a show. She recruits Kermit and the inmates for a show, and Kermit's tasked with showing Trejo a song and dance. That required Trejo to wear crop tops, tutus and Daisy Duke shorts. Was the tough-looking actor comfortable enough with his manhood to wear the outfits? Danny Trejo tells CineMovie's Sue Evelyn Gil that director James Bobin and the crew made it easy for him to play against type and go out of his comfort zone. In addition, his long-time friend Ray Liotta and co-star was along for the silly ride into vaudeville.

The 69-year-old actor is also talking about working with another old friend George Lopez on his new FX show, Saint George, and he giving us his secret to looking much younger than his age.

MUPPETS MOST WANTED is in movie theaters this Friday, March 21.