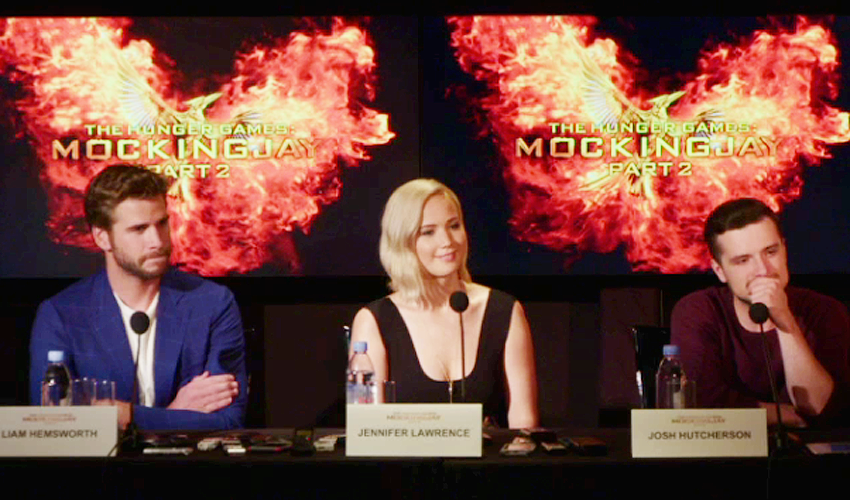 The Hunger Games franchise is coming to the end with the release of Mockingjay Part 2. Jennifer Lawrence, Liam Hemsworth and Josh Hutcherson reflect on their journey in making the series, and there was one scene that proved difficult for both the actors and director Frances Lawrence. At a press conference in Los Angeles, the actors and helmer talked about shooting in the confined tunnels in water. CineMovie also asked the stars what other character in the Hunger Games series they admired and would want to play in another lifetime if the series were ever rebooted.