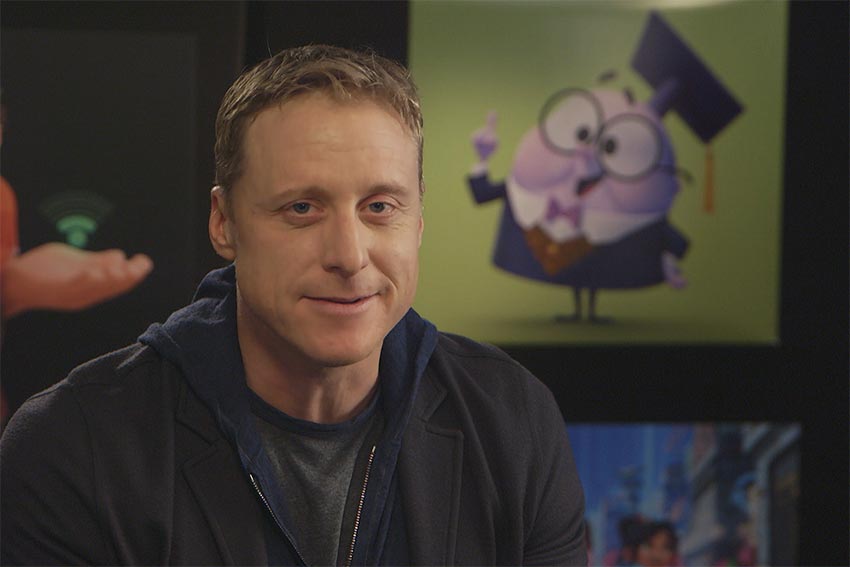 Mr. Knowsmore in RALPH BREAKS THE INTERNET is voiced by Alan Tudyk, and he tells CineMovie how he came up with the voice and why his special effects sound might scare young kids. Watch below.

The WRECK-IT RALPH sequel has arrived on Digital, and it hits Blu-ray and DVD on February 26. One of the funniest new characters is Mr. Knowsmore, the living search engine. Alan Tudyk (STAR WARS: ROGUE ONE, DOOM PATROL) voices the new animated character, and CineMovie got to sit down with him at the Walt Disney Animation Studio in Burbank, CA to talk about Mr. Knowsmore.