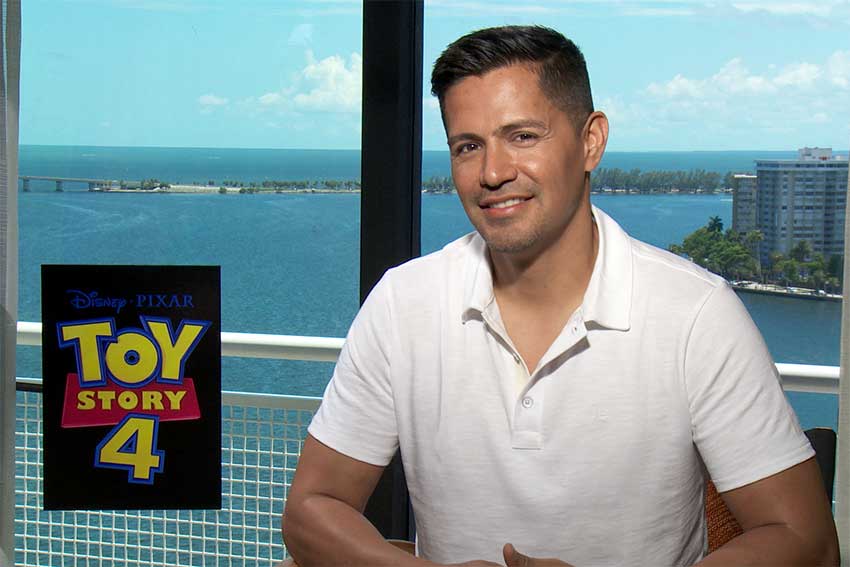 Jay Hernandez has been trying to get a voice over part in a Pixar film for many years, and he tells CineMovie's Valentina Patruno a previous audition didn't get him a gig with Pixar, but it eventually led to a part in his favorite Pixar franchise - TOY STORY. The TOY STORY 4 star sat down with us in Miami to also reveal he was quite the toy builder as a child.

Jay Hernandez ("Magnum PI," SUICIDE SQUAD) voices Bonnie's dad in TOY STORY 4.  Although he plays a human, he always wanted to voice one of the toys from the Pixar franchise. When asked what character would he have loved to voice, he tells us Woody is his top choice and why.