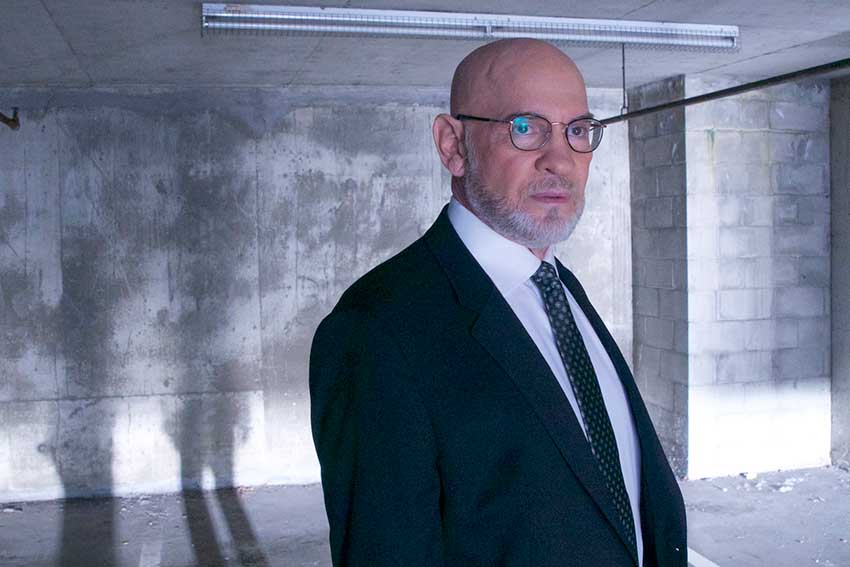 “The X-Files” is back for Season 11 with Scully (Gillian Anderson) and Mulder (David Duchovny) on a quest to find their son William and save the human race. Chris Carter hopefully solves the mystery by the season finale of the iconic show since Gillian Anderson announced her retirement from the series last week.  “X-Files” star Mitch Pileggi revealed whether this season finale will leave fans with a satisfying ending.

Season 11 of “The X-Files” marks the 25th anniversary of the iconic sci-fi series which laid the groundwork for current sci-fi shows on television. The Season 10 finale caused a lot of uproar among fans because it left us hanging as a spaceship arrives just as Scully attempts to save Mulder who has been infected with a virus that’s killing thousands of other humans.  Fans would have to wait two years for the outcome to the season finale.

As in “X-Files” fashion, however, the season 11 premiere skipped last season’s finale and flashes back to events leading up to it. In episode one of season 11, David Duchovny is in action mode with car chases around D.C., slicing villain's taking on Mitch Pileggi’s Walter Skinner.

This season, Mulder traded up to a muscle car with a Mustang GT. He’s no longer racing against time or the bad guys in a Ford Taurus and Explorer as seen last season. Mitch Pileggi thinks Mulder is now more like everyone’s favorite spy.

“He’s James Bond,” he told CineMovie at FOX’s TCA Winter Party.  “I think David told Chris, ‘I want to butch this up.’ "I think. He’s a bad ass. He’s got some action, both of them, have got some action stuff going on. They let him play.”

As for Skinner, he has his share of action but he cautioned Carter about his abilities.

“I’m old. I said to Chris, I do a running scene and I said ‘these legs don’t work the way they used to.’”

The 65-year-old actor also reveals the fight scene between Mulder and Skinner in the season’s premiere episode was written much "bigger and violent."   On set the day of shooting, Pileggi and Duchovny approached Chris and shared their concern because he and Duchovny thought it was too violent and out of character for the FBI colleagues.

The stunt coordinator scaled back the fight which seems like a good call given that in a prior scene, Mulder saves Scully by violently slicing a man’s throat. Fans including myself were surprised by the act.

Perhaps Mulder’s new aggressive approach will get him to the truth much faster. Let’s hope Carter wraps up the show by episode 10 which may be the last of the series now that Gillian Anderson announced she will not return to the show after Season 11. When asked about Anderson, Carter said there is no X-Files without Scully. 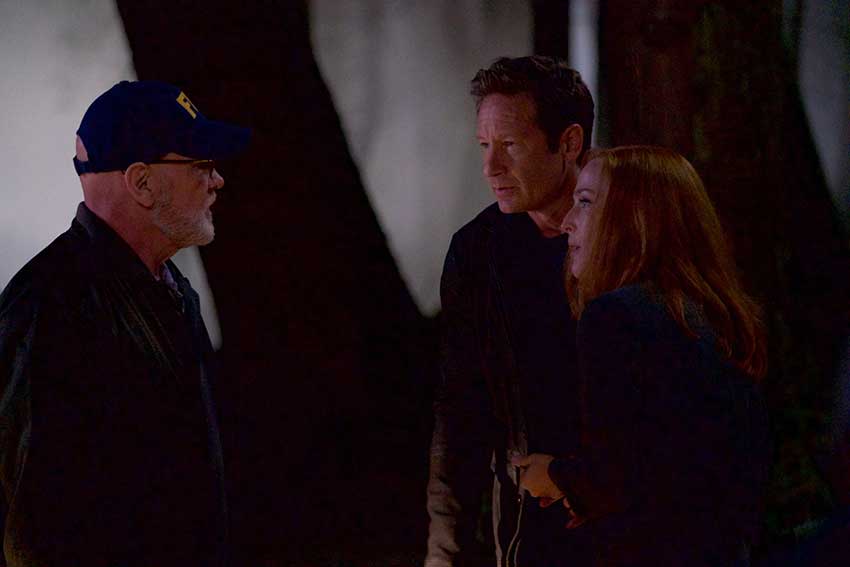 Pileggi speculates on the possible reason for Anderson’s decision. The actress lives in England with her children so leaving for six months to travel to the United States is a hardship for her and her family. “I get it,” the actor said of Anderson’s decision.

He’s a family man himself. He met his wife, Arlene on the original series when she was Gillian Anderson’s photo double. At first sight, he says he was smitten and he told Carter he would marry her. Years later, their 19-year-old daughter who’s well-versed in the “X-Files” universe has aspirations to be a Hollywood make-up artist, following in her parent’s footsteps.

If “The X-Files” doesn’t return for Season 12, Pileggi won’t be too disappointed.

At the time of our interview last week, he hadn’t seen the last seven pages of the finale, but he does have insight into whether the show will wrap up the stories.

Of course he can’t be sure it’s the end of the road for "The X-Files” since the show did return twenty plus years later, but for now, he’s got a game plan. He’s no longer interested in guest starring on television shows although he did have a good arc on “Criminal Minds.”

“I don’t want to do anymore guest star stuff. I’ve done all those roles.”

Though, he’s not ruling out television if someone approaches him for a series regular in a “good role.”

Whatever the future holds, Mitch Pileggi is proud to have been on a groundbreaking show, and be part of pop culture. Nothing cements that better than being immortalized in the Smithsonian Institute. His FBI badge is now on display in the museum.

“It’s very cool to be part of something so cool, so huge.”

Watch for Mitch Pileggi’s “X-Files” big moment this season. He teases he has a 3-page monologue in an upcoming episode of “The X-Files.”  Entertainment Weekly teased we’ll be getting to know more about Skinner when we meet his son played by Haley Joel Osmont.

Look for Mitch Pileggi's on "The X-Files" every Wednesday at 8pm on FOX.